No short journeys; the interplay of cultures in the history and literature of the borderlands 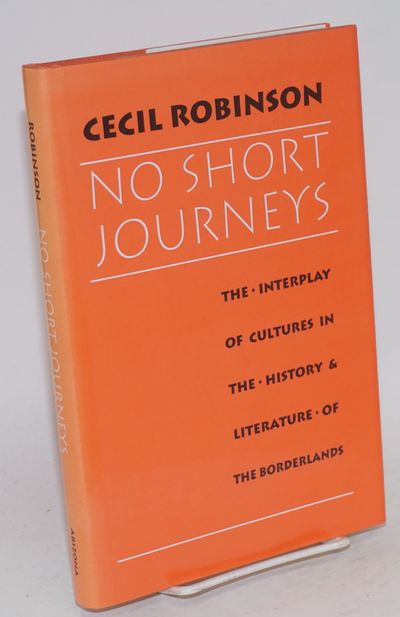 by Robinson, Cecil, with a foreword by Robert S. Cauthorn and an introduction by Reed Way Dasenbrock
Tucson: University of Arizona Press, 1992. Hardcover. xxvi, 147p., foreword, introduction, preface, notes, bibligraphyvery good first edition in cloth boards and unclipped dj. On the cultural interplay that underlay the rise of a Chicano literature. (Inventory #: 116398)
$15.00 add to cart or Buy Direct from Bolerium Books
Share this item