County Map of Utah and Nevada 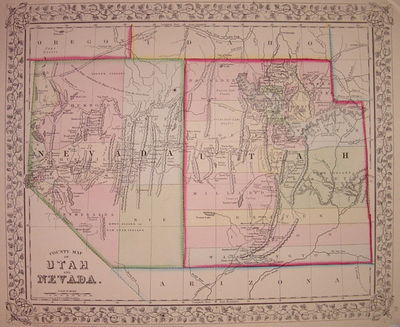