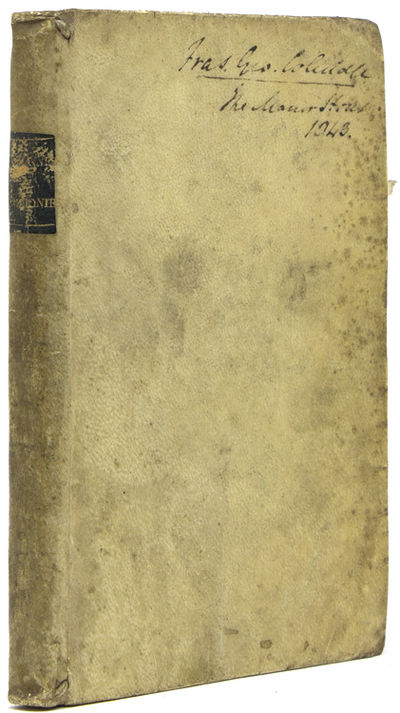 by [Porrée, Jonas]
[s.l.: s.n], 1662. Second edition (enlarged). [40], 118, [1]. 1 vols. Small 4to. Contemporary vellum, remnant of leather spine label. Covers and spine a little soiled. Second edition (enlarged). [40], 118, [1]. 1 vols. Small 4to. The Pagan Rites of the Church. The dedication, to Charles II, King of England is new to this edition, and is signed "Jonas Porrée", to whom Barbier therefore attributes the authorship, even though Porrée in his dedication maintains that the author is anonymous and claims only to have added some illustrations and examples to the text of the first edition (Amsterdam, 1646).

The author attempts to trace the origins of rites of the Roman Catholic Church, linking them to pagan rituals, in an attempt to undermine the authority of the Church. This edition of 1662 was doubtless the text which Thomas Douglas used for his English translation of 1668 [Wing P-2980].