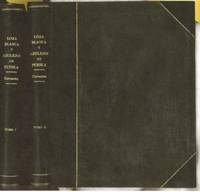 For over four centuries,the city of Puebla has been praised for its production of quality tin-glazed earthenware. The use of ceramic as a utilitarian and artistic medium in the Americas (the region of eastern and central Mexico, Guatemala, Belize, and Honduras) has a long history of quality work dating back millenia before the arrival of the Spanish in 1519. But it was, in fact, the Spanish who first introduced to area potters tin- and lead-based glaze, the potter’s wheel, and the kiln. Production of tin-glazed earthenware in the New World first began in Mexico City, the viceregal capital of New Spain, in the second half of the sixteenth century. By the seventeenth century, however, the nearby city of Puebla, founded in 1531 as the second city of New Spain, had become the more important center of production, enjoying the widest distribution of any ceramic ware in the New World at the height of the Spanish Empire. For ceramists, Puebla was an ideal location: The climate is mild, the soil is fertile, and most importantly, there are extensive clay beds and sufficient deposits of raw sodium essential for glaze preparation. That the same area had captured the market for quality ceramics before the Spanish arrived is not a coincidence. Native potters must have played an important role in supporting the developing colonial industry. The early production of talavera poblana was primarily influenced by old-world traditions. Various European ceramic wares (from Spain, Holland, and Italy) were imported, serving as important sources of inspiration for resident ceramists. Potters themselves no doubt also influenced form and design. According to the potters’ ordinances established in 1653, master potters were to be only of Spanish descent. Contrary to the ordinances, however, some masters were Italian-born and probably arrived in Mexico via Spain; there were also a few mestizo (of mixed native and Spanish parentage) ceramists who rose to become “masters.” The polychrome elements typify the Italian palette that was particularly influential in southern and central Spain beginning in the sixteenth century, and the motifs reflect those popularized at the Spanish ceramic center of Talavera de la Reina in central Spain, where Italian potters are known to have worked. Yet the careful rendering on the top left side of a turkey, which is native to the Americas, marks the piece as distinctly colonial. Among the most important cultural traditions that early Puebla potters integrated into their designs were those of Islamic origin. The horror vacui (fear of empty decorative spaces) is one Islamic convention that proved to impact a variety of styles. In fact, one clause of the potters’ ordinance stipulates the use of a dotting technique referred to as aborronado. The large, deep, and flat-bottom basin with steep, slightly flared walls is an Islamic form that became particularly important in Puebla, where the form was commissioned as baptismal fonts and wash receptacles. While a variety of techniques and decorative motifs traveled across the Atlantic from Europe, another conduit of influences opened from the Pacific. With the settlement of the Philippines as a Spanish colony in 1559, the Spanish Empire established a trade route that connected its territories across three continents. From 1565 to 1815, the ships commonly known as the Manila galleons, or Naos de la China, transported luxury goods including highly prized Chinese porcelain to the Mexican port of Acapulco for further shipment to other colonies. Some pieces are known to have been kept in Mexico, while others were transported across land to the port of Vera Cruz for shipment to Europe; on this route northward from the Pacific to the Gulf, transporters undoubtedly passed through Puebla. Ming dynasty porcelain proved to be a particularly important source for a variety of patterns and motifs featured on Puebla ware. By the first quarter of the nineteenth century, Puebla ceramists were using polychrome decoration with more frequency, marking a sharp departure from the blue-and-white decoration of fine-grade ware that predominated for over 150 years. Of the pastel grounds employed, perhaps the most popular was the pale-blue type known as azul punche after the candy of the same color made in Puebla for the day of the El Día de los Muertos (Day of the Dead) celebrations. Although the Chinese style still lingered, potters were by now also turning to French Rococo decoration and, in particular, the ceramic ware of Alcora, near the Mediterranean coast of Spain, where the French styles had a profound impact.

George McClelland Foster, Jr born in Sioux Falls, South Dakota, on October 9, 1913, died on May 18, 2006, at his home in the hills above the campus of the University of California, Berkeley, where he served as a professor from 1953 to his retirement in 1979, when he became professor emeritus. His contributions to anthropological theory and practice still challenge us; in more than 300 publications, his writings encompass a wide diversity of topics, including acculturation, long-term fieldwork, peasant economies, pottery making, public health, social structure, symbolic systems, technological change, theories of illness and wellness, humoral medicine in Latin America, and worldview. The quantity, quality, and long-term value of his scholarly work led to his election to the National Academy of Sciences in 1976. Virtually all of his major publications have been reprinted and/or translated. Provenance from the executor of Foster's library laid in.

Condition:
Foster stamp on front end paper of both volumes else a very good to fine set. (Inventory #: CA0031)
$650.00 add to cart Available from Book Collector
Share this item
The Book Collector, Inc
Offered by