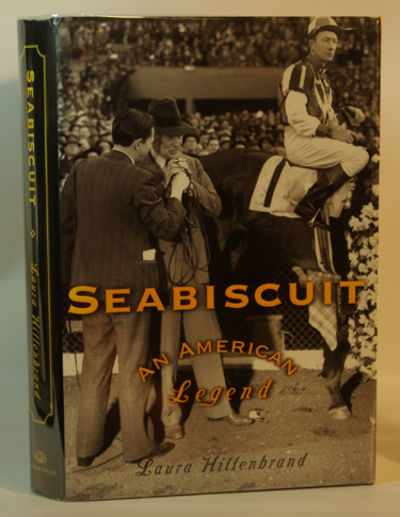 by Hillenbrand, Laura
New York: Random House, 2001. First Edition. First printing Near fine in black paper covered boards with the paper at the heel of the spine crimped inward; otherwise, fine. In a fine, first state, unclipped dust jacket with a tiny nick to the upper, fore corner of the rear panel at the fold to the rear flap. 399 pages including an index, chapter notes and text. Illustrated with a number of black and white photographs scattered throughout the text. This title was a major best seller being on the New York Times bestseller list for over one year. The basis for the movie of the same name starring Jeff Bridges, Toby Maguire, and William H. Macy. The movie received seven Academy Award nominations. (Inventory #: TB23518)
$125.00 add to cart Available from
Town's End Books
Share this item

Sailing Alone Around The World

Chicago : The Lakeside Press , 2017
(click for more details about Sailing Alone Around The World)

n.p. [Chicago] : LSC Communications , 2018
(click for more details about Fanning's Narrative)
View all from this seller>