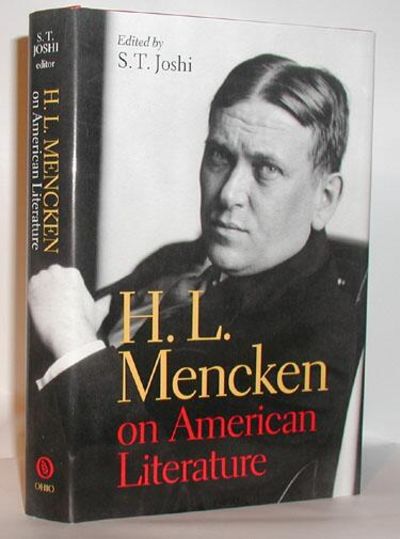 by Joshi, S. T.
Athens, Ohio: Ohio University Press, 2002. First Edition. First printing Fine in bright red cloth covered boards with gilt text stamping on the spine. In a fine, unclipped dust jacket. 284 pages of text including an index, glossary of names and text. "H. L. Mencken was one of the most respected - and feared - literary critics of the early twentieth century." Here the editor of his collected book reviews provides a poignant summary of Menchen's opinions of the writings of such greats as Theodore Dreiser, Sherwood Anderson, Willa Cather, F. Scott Fitzgerald, Sinclair Lewis, James Branch Cabell, Edith Wharton, W. D. Howells, Ambrose Bierce and even Mark Twain, of whom Mencken had the greatest respect. (Inventory #: TB18740)
$20.00 add to cart Available from
Town's End Books
Share this item

Historical Atlas of the United States

The Making of the African Queen

New York : Alfred A. Knopf , 1987
(click for more details about The Making of the African Queen)
View all from this seller>