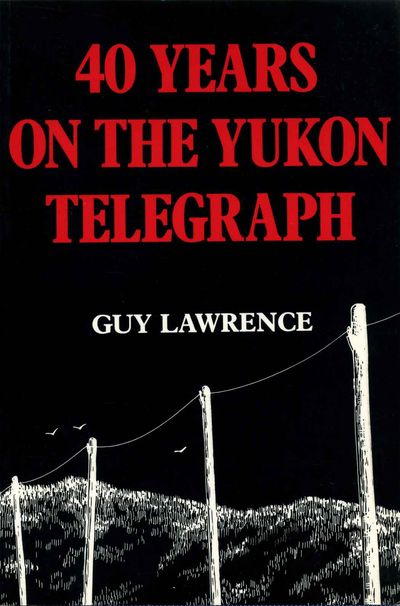 by Lawrence, Guy
Quesnel, British Columbia: Caryall Books Ltd., 1990. Book. Fine condition. Paperback. First reprint edition. Octavo (8vo). Four same edition books in new condition. 122 pages of text including an index. Paperback reprint of the original 1965 first edition. Illustrated with historic photographs and maps of the region. Autobiography which details Lawrence's arrival in Canada in 1898 from England to prospect in the Klondike Gold Fields. While en route, a gold strike was made at Atlin, British Columbia which was closer, and caused a change of plans. Spending two years working in various mining camps in Atlin, Lawrence joined the Yukon Telegraph Line, which was just being completed. This "lifeline" ran 1900 miles from Vancouver, B.C. through Ashcroft to Hazleton, Whitehorse and Dawson City. Up to WWI, Lawrence worked from isolated wilderness cabins, relaying messages and repairing lines. After serving overseas in the war, he ran the telegraph office in Stewart, which ran a branch line along the Portland Canal to the company town of Anyox. He remained in Stewart for 26 years, retiring in 1946. By this time, due to the wireless, most of the line had been abandoned. Cariboo, Telegraphy.. (Inventory #: 005510)
$41.95 add to cart or Buy Direct from
Kurt Gippert Bookseller
Share this item
Kurt Gippert Bookseller
Offered by