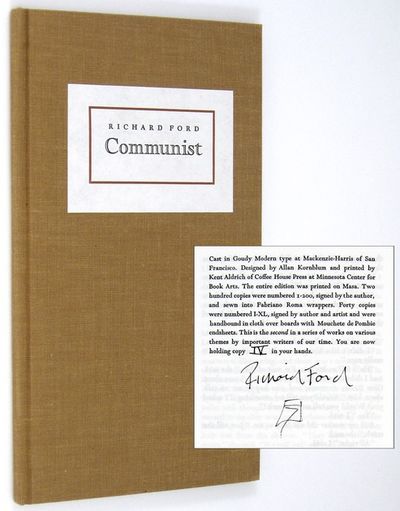 by FORD, Richard
Derry/Ridgewood: Babcock & Koontz. (1987). Ford's first limited edition and the first and only separate appearance of this story, which was originally published in Esquire and later collected in Rock Springs. Of a total edition of 240 copies, this is copy "IV" of 40 hardcover, Roman-numeraled copies signed by the author. Fine. Unless otherwise noted, our first editions are first printings. First Edition. Hardcover. Fine. (Inventory #: 914963)
$500.00 add to cart Available from
Ken Lopez - Bookseller
Share this item