THE SYSTEM: AS UNCOVERED BY THE SAN FRANCISCO GRAFT PROSECUTION 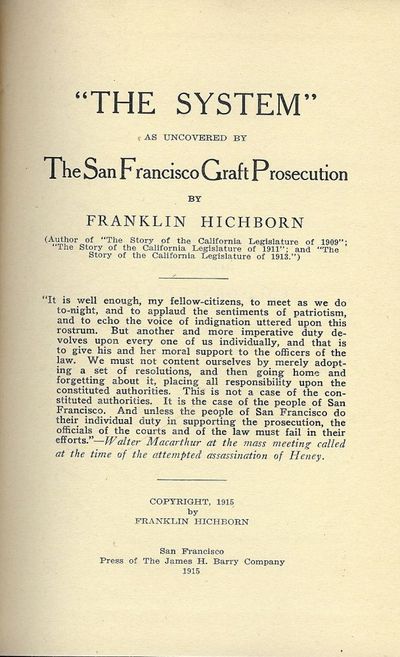 DREAMS IN THE NOVELS OF GALDOS

NY : Hispanic Institute in the United States , 1960
(click for more details about DREAMS IN THE NOVELS OF GALDOS)

NY : Vantage Press , 1960
(click for more details about FALLS THE SHADOW)
View all from this seller>