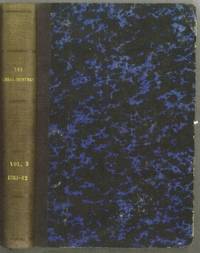 Corners bumped, some foxing else a very good copy of a scarce item. (Inventory #: C0666)
$300.00 add to cart Available from Book Collector
Share this item
The Book Collector, Inc
Offered by