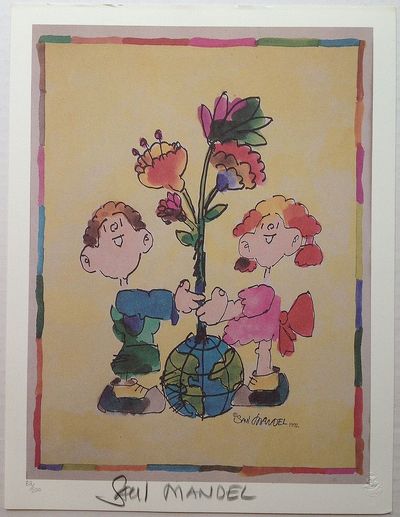 by MANDEL, Saul (1926 - 2011)
1992. unbound. Signed lithograph titled "Genesis," 11 x 8.5 inches, No. 82 of an edition of 500, Essex Pure Rag Fine Art Paper, issued by the World Federation of United Nations Associations (WFUNA), October 2, 1992. Fine condition with a certificate of authenticity from the United Nations. American artist, designer, painter, and illustrator best known as the creator of the Jolly Green Giant and the highly acclaimed Love stamp released by the United States Post Office in 1986. (Inventory #: 231680)
$175.00 add to cart or Buy Direct from
Argosy Book Store
Share this item