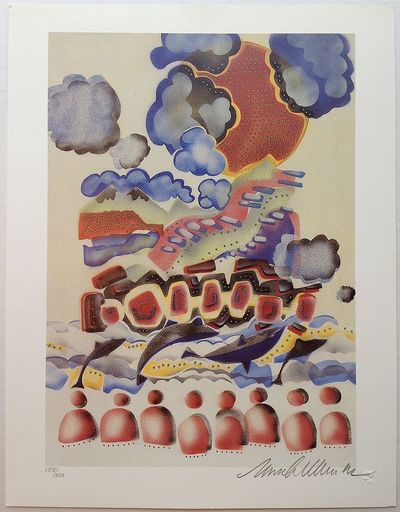 by WIENER, Mark (1951 - 2012)
1992. unbound. Signed lithograph titled "Heritage Landscape," 11 x 8.5 inches, Crestwood paper, 100% pure rag, neutral PH paper, No. 155 of an edition of 500, January 24, 1992, issued by the World Federation of United Nations Associations (WFUNA). Excellent condition with a certificate of authenticity from the United Nations. American abstract expressionist painter whose works have appeared in Esquire and New York Magazine, as well as in such books as "Family of Children" and "The Art of Mickey Mouse." (Inventory #: 231673)
$150.00 add to cart or Buy Direct from
Argosy Book Store
Share this item