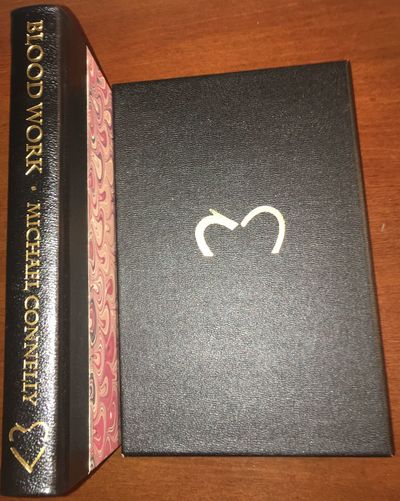 by Connelly, Michael
Boston: Little, Brown & Co, 1998. First edition. Hardcover. Fine copy in quarter leather and marbled boards, issued without dust jacket, with the original black decorated slipcase, as issued. This is the special limited edition, 1/100 copies, specially bound, slipcased, and signed by the author on the title page. This special edition was not sold but given away by the author to help celebrate his involvment with publishing which debuted with this book. A very scarce item. The book won the Grand Prix, the highest honor for a mystery novel in France. It also won the Anthony Award and Macavity Award for Best Novel of 1998, and was also the basis for the Clint Eastwood directed film that starred Eastwood, Angelica Huston and Jeff Daniels. (Inventory #: ESB12111)
$750.00 add to cart or Buy Direct from Ed Smith Books
Share this item

HELL'S ANGELS. The Strange and Terrible Saga of the Outlaw Motorcycle Gangs

London : Jonathan Cape , 1966
(click for more details about LEE STRASBERG AT THE ACTOR'S STUDIO. Tape-Recorded Sessions, edited by Robert H. Hethmon. Illustrated from photographs)
View all from this seller>