FIFTH ANNUAL REVIEW OF THE COMMERCE, MANUFACTURES, AND THE PUBLIC AND PRIVATE IMPROVEMENTS OF CHICAGO, FOR THE YEAR 1856: WITH A FULL STATEMENT OF HER SYSTEM OF RAILROADS, AND A GENERAL SYNOPSIS OF THE BUSINESS OF THE CITY. COMPILED FROM SEVERAL ARTICLES PUBLISHED IN THE DAILY DEMOCRATIC PRESS 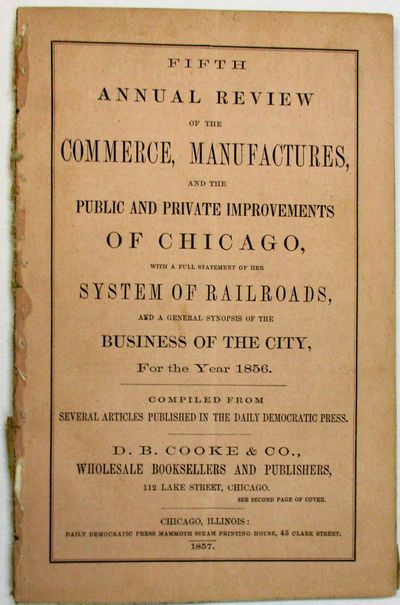