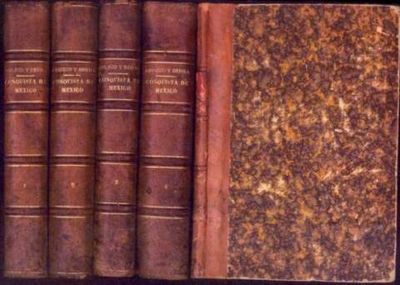 Orozco y Berra entered the College of mines, and in 1834 was graduated as a topographical engineer. He afterward studied jurisprudence in the seminary at Puebla, and was admitted to the bar in 1847. He was sent to the city of Mexico in 1851 to defend a lawsuit for the state, and in the next year appointed director of the national archives. He was secretary of public works from 1857 till the fall of the Liberal government, and in 1860 was professor of geography and history in the military college. On the return of Juarez to Mexico in 1861, Orozco became assistant secretary of public works, and in the next year took charge of the portfolio, and after the abolition of that office he was commissioned to write a memoir on native languages. In May, 1863, he was appointed associate judge of the supreme court, and when the government abandoned the capital before the French army he remained in Mexico to work for a living. He refused a seat in the junta de notables, but later, when many distinguished Liberals thought it their duty to assist the new imperial government, he accepted office. In November, 1865, he became assistant secretary of public works and director of the National museum, and in August, 1866, he was appointed professor of national history in the College of mines. On 25 September of that year he was appointed councilor of state, and in the conference at Orizaba in November he was one of the few frankly to express the opinion that the empire could no longer be maintained. After the capture of the capital by the Republican forces, Orozco was sentenced to four years' imprisonment, but in November of the same year the sentence was commuted. He was pardoned in 1868, and, obtaining through his friends a post in the mint, devoted himself to scientific studies, and was soon an acknowledged authority on ancient Mexican history and hieroglyphics. He became a member of the Royal geographical society of Madrid and numerous foreign and Mexican scientific associations. He was one of the principal editors of Jose M. Andrade's Diccionario Universal de Historia y Geografia Mexicana (7 vols., Mexico, 1853-'5), and chief editor of the appendix to that work (3 vols., 1855-'6). He wrote Noticia historica de la Conjuracion del Marques del Valle, 1565 a 1568 (1853) ; Memoria para la carta hidrografica del valle de Mexico 1864); Geografia de las lenguas y Carta etnografica de Mexico, con apuntes para la immigracidn de las tribus (1865); Memorias para el plano de la ciudad de Mexico (1867) Materiales para una cartografia Mexicana (1871) Historia de la Geografia en Mexico (1876 and 1880); and Historia antigua de Mexico, his most famous work (1880-'1), in four parts Civilization, The Primitive Man, Ancient History, and Conquest

Edges and corners rubbed through, corners bumped and chipped, hinges and spine ends rubbed, page ends chipped. Over all a good to very good copy. (Inventory #: BOOKS006496)
$2,500.00 add to cart Available from Book Collector
Share this item
The Book Collector, Inc
Offered by