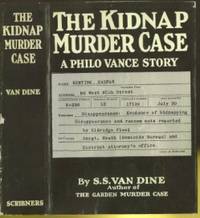 Wright wrote as a critic and journalist until 1923, when he became ill from what was given out as overwork, but was in reality a secret drug addiction, according to John Loughery's biography Alias S.S. Van Dine. His doctor confined him to bed (supposedly because of a heart ailment, but actually because of a cocaine addiction) for more than two years. In frustration and boredom, he began collecting and studying thousands of volumes of crime and detection. In 1926 this paid off with the publication of his first S. S. Van Dine novel, The Benson Murder Case. Wright took his pseudonym from the abbreviation of "steamship" and from Van Dine, which he claimed was an old family name. Wright wrote a series of short stories for Warner Brothers film studio in the early 1930s. These stories were used as the basis for a series of 12 short films, each around 20 minutes long, that were released in 1930 - 1931. Of these, The Skull Murder Mystery (1931) shows Wright's vigorous plot construction. It is also notable for its non-racist treatment of Chinese characters, something quite unusual in its day. As far as it is known, none of Van Dine's screen treatments have been published in book form and none of the manuscripts survive. Short films were popular then and Hollywood made hundreds of them during the studio era. Except for a handful of comedy silents, however, most of these films are forgotten and not listed in film reference books. Wright died April 11, 1939, in New York City, a year after the publication of an unpopular experimental novel that incorporated one of the biggest stars in radio comedy, The Gracie Allen Murder Case, and leaving a complete novelette-length story that was intended as a film vehicle for Sonja Henie, and was published posthumously as The Winter Murder Case.