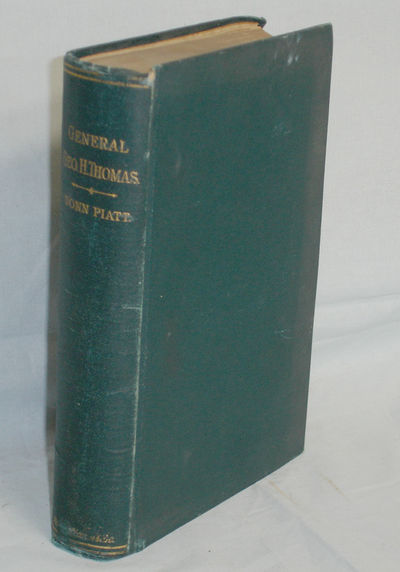 by Piatt, Donn; Boynton, Henry V.
Cincinnati: Robert Clarke & Company, 1893. Large Octavo. 658p. An important account of the life of General Thomas, the "Rock of Chickamauga" by a Washington insider who knew Abraham Lincoln, Jefferson Davis, Salmon P. Chase, Edwin Stanton, James Garfield, and Rutherford B. Hayes. He believed Thomas was as essential to the Northern cause as Grant and Sherman. Badeau, for instance, suppressed some of his dispatches which are printed at the end of the book. Rarely seen in the original edition, this work has become a scarce item for the serious Civil War collector, The concluding chapters are by Henry V. Boynton who served in the 35th Ohio and took part in the battles of Chickamauga, severely wounded at the battle of Missionary Ridge.Years later, he would receive the nation's highest military award,the Medal of Honor, for gallantry.at Chattanooga. (Inventory #: 016429)
$210.00 add to cart or Buy Direct from
ALCUIN BOOKS, ABAA
Share this item

np/nd (ca.1930) : Privately Printed
(click for more details about Confession of an Ex-Bellman)

What's the Matter with Ireland

New York; (1920) : Devin-Adair
(click for more details about What's the Matter with Ireland)
View all from this seller>