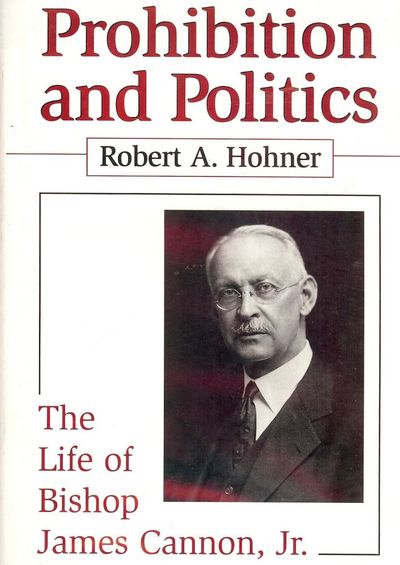 by HOHNER, Robert A.
1999. HOHNER, Robert A. PROHIBITION AND POLITICS: THE LIFE OF BISHOP CANNON JR. [Columia, South Carolina]: University of South Carolina Press, [1999]. Tall 8vo., black cloth in dust jacket; 454 pages. First Edition., first printing. Cannon Jr. was one of the most inflential Methodist clergymen in America between the Civil War And World War II. Signed presentation from Hohner on the front endpaper: "For Harvey and Miriam, with gratitude and affection, Bob. 2 September 1999." Also with a brief autograph letter signed to Harvey, laid in on University of Western Ontario stationery, hoping that a problem has been resolved, forwarding this book, and saying he may need his help on his next book about Harry Golden. "My Yiddish is not very good!" Fine condition in nice d/j. $85.00. (Inventory #: 3207)
$85.00 add to cart or Buy Direct from Antic Hay Books
Share this item
Antic Hay Books
Offered by