THE PSYCHIC WORLD OF PETER HURKOS 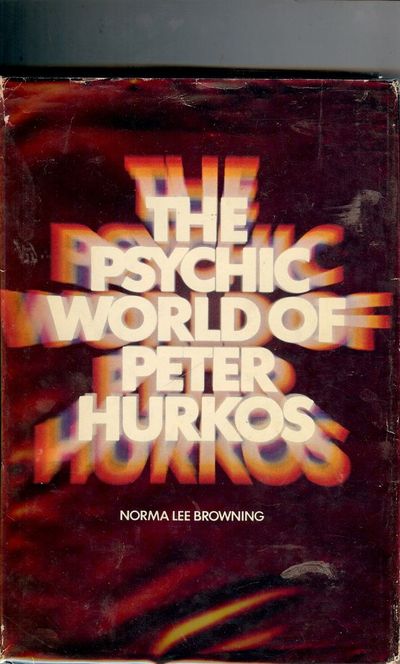 by BROWNING, Norma Lee
1970. BROWNING, Norma Lee. THE PSYCHIC WORLD OF PETER HURKOS. Garden City, NY: Doubleday and Company, 1970. 8vo., black cloth in dust jacket; 297 pages. First Edition. A book, written by a well-known Hollywood columnist, about Peter Hurkos- a Dutchman who allegedly manifested extrasensory perception (ESP) after recovering from a head injury and coma caused by a fall from a ladder when he was 30 years old. Signed presentation from Browning on the front endpaper, to actor Charles Farrell: "To my very first movie-star idol- and now my good friend, Charlie Farrell, who has brightened my life- With appreciation, admiration and affection- Fondly- Norma Lee Browning. 10/10/70." Farrell (1901-1990) was a film actor in silent movies and made the switch to talkies, and later was a television actor. Very Good (contents clean & tight); some edgewear (some rubbing & short tears) d/j. $85.00. (Inventory #: 3229)
$85.00 add to cart or Buy Direct from Antic Hay Books
Share this item
Antic Hay Books
Offered by