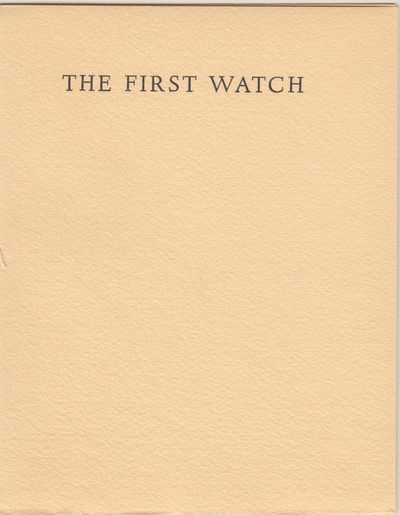 First and only edition, No. 7 of only 60 copies printed by Ward Ritchie, with its original white paper envelope which is also No. 7, the first 10 copies went to Steinbeck with the remainder going to the Cohns (House of Books) for Christmas gift presentation, this elusive "A" item is a letter from Steinbeck to Arnold Gingrich, editor of "Esquire," thanking him for sending a watch as a gift, the letter is full of Steinbeck's typical humor noting that he had expected a watch when he graduated from high school, but none was forthcoming, and since he didn't actually graduate from Stanford University he likewise hadn't received a watch as a gift, Goldstone & Payne A26a, Morrow 199 and 200. Fine. (Inventory #: JD30040)
$9,500.00 add to cart Available from
James M. Dourgarian, Bookman
Share this item