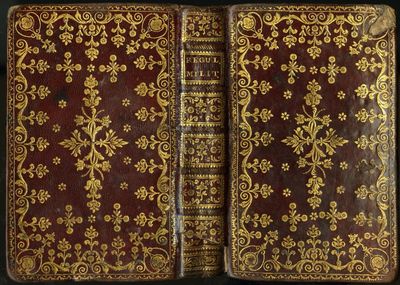 Wilhelm Schaumburg-Lippe fought for Prussia in the 7 years war and then was recruited to lead the allied defense of Portugal against the Spanish attack in 1762. He led a series of marches and counter marches that successfully thwarted the attacks despite being outnumbered 3 to 1 - he stayed on to train the Portuguese military in 1763. This manual went through a number of editions through the 18th century and into the early 19th century (a Rio de Janeiro edition appeared in 1814 and a Lisbon in 1816). The first edition is rare - later editions had three plates. Size: Octavo (8vo). Quantity Available: 1. Shipped Weight: Under 1 kilo. Category: Military & Warfare; Inventory No: 045310. (Inventory #: 045310)
$950.00 add to cart or Buy Direct from Pazzo Books
Share this item