Nine Sentences on Friendship (Signed by The Clarks) 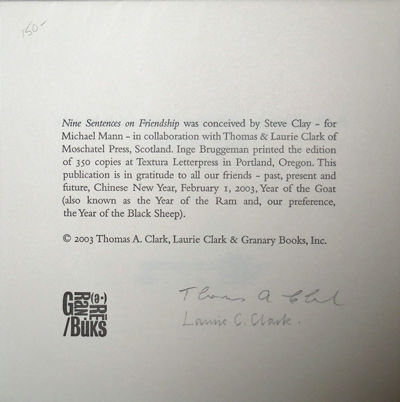 RN: The Past, Present and Future of the Nurse's Uniform

by Art and Fashion - Mark Dion and J. Morgan Puett

Philadelphia : Fabric Workshop and Museum , 2003
(click for more details about RN: The Past, Present and Future of the Nurse's Uniform)