Wayfarers in the Libyan Desert 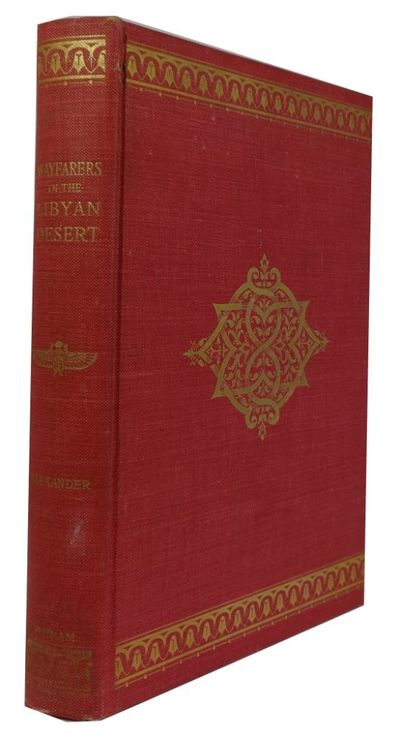 by Alexander, Frances Gordon
New York: G. P. Punam's Sons, 1912. 1st ed. Hardcover. Fine. frontis, photos, 122p. Pale red cloth. 19cm. No Jacket. SIGNED on a blank flyleaf by Alexander. Oddly-titled account of vaguely dated travel among the pyramids and other ancient ruins in Egypt by Alexander and Lady Evelyn Murray Cobbold. Cobbold is the author of an identically-titled book (with virtually identical text) published in 1912 in London. While we assume that the text of the two books was probably jointly written, it is most unusual to have such a split in named authorship. Cobbold, a Scottish child of privilege, converted to Islam and was the first British woman to make the Pilgrimage to Mecca. She was buried facing Mecca on a high hilltop on the family estate in the Scottish Highlands. Alexander, a member of New York society, married Allen Gouverneur Wellman in 1910 and appeared occasionally in the society pages. We found nothing online to suggest any further involvement by Alexander in the Arab world. (Inventory #: 83517)
$200.00 add to cart or Buy Direct from McBlain Books
Share this item