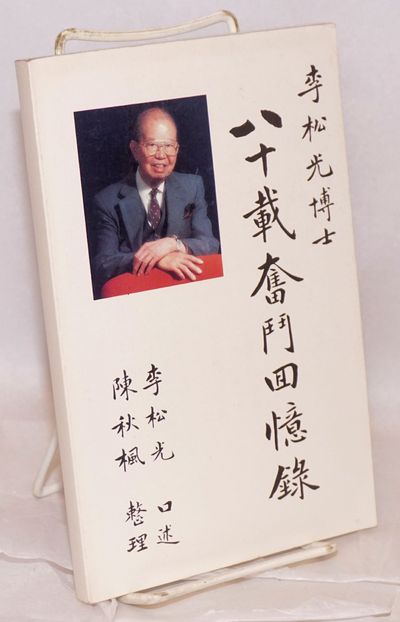 by Li, Songguang (T. Kong Lee) ææ¾å
San Francisco: Chinese Times éå±±æå ±, 1989. 196p., wraps slightly worn, thoroughly illustrated with B&W photos. Text mostly in Chinese, with several letters reproduced in English (including one from Gov. Pete Wilson). Memoir of the Chinese immigrant who first went to Canada than moved to San Francisco. Lee served as the editor of the Chinese Times in SF, and was a Republican activist in the Chinese-American community. He is shown shaking hands with president Bush the elder on the back cover. (Inventory #: 141820)
$20.00 add to cart or Buy Direct from Bolerium Books
Share this item