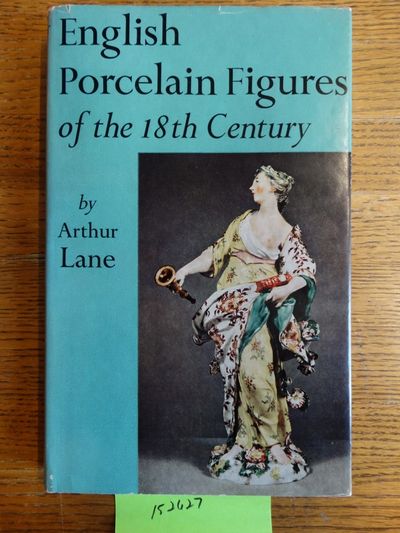 by Lane, Arthur
New York: Thomas Yoseloff, 1961. First American Edition. Hardbound. VG- (Slightly aged overall, text and plates are still clear.). Red cloth with black title block with gilt letters on spine, aqua and color illus. dust jacket. 148 pp., followd by 96 bw photographs. A pioneering work, superseding King"s Medici Society study,and which has in turn been superseded in some ways by later studies. However, Lane was the Keeper of Ceramics at the V&A, and it never pays to dismiss the comments of such learning lightly. The text discusses techniques, bodies, modeling, firing and other technical details, as well as the important factories. There are several interesting appendices relating to the Chelsea and Derby factories, followed by 96 illustrations, mostly of lusty young English women ravaging the countryside with, and without, their clothes on. (who can improve on Forrest Proper's fine description??!). (Inventory #: 152627)
$29.99 add to cart or Buy Direct from Mullen Books
Share this item