The Third Kiss: A Comedy on One Act (Dolmen Editions XXIV) 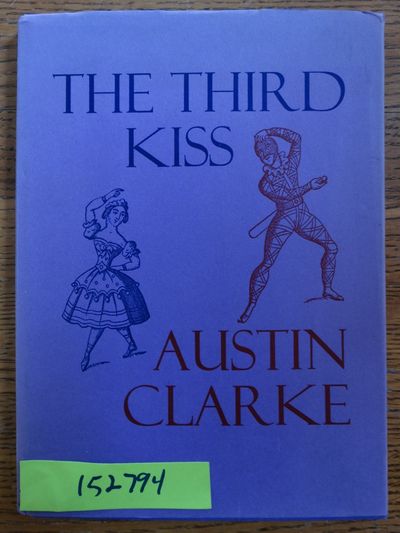 by Clarke, Austin
Dublin: The Dolmen Press, 1976. Hardcover. VG (DJ is slightly faded, otherwise clean.). Purple cloth, gilt letters on spine, lavender paper dust jacket, 40 pp. "Austin Clarke was Ireland's msot important verse-dramatist after Yeats and his plays, characterised by the comic irony of their construction and the musical lightness of the verse, reflect the poet's conflict with the authoritarianism, both clerical and political, of twentieth-century Ireland. The Third Kiss is very much a theatrical piece with autobiographical overtones, set in familiar Clarke territory, the Black Church, from which he derived the title of his first volume of autobiography, the Abbey Theatre, and the foothills of the Dublin Mountains." (dj) One of 500 copies. (Inventory #: 152794)
$35.00 add to cart or Buy Direct from Mullen Books
Share this item