Marks of Honour: Untitled (Days of Night) / Black Sun: The Eyes of Four. [Limited to 5 Copies] 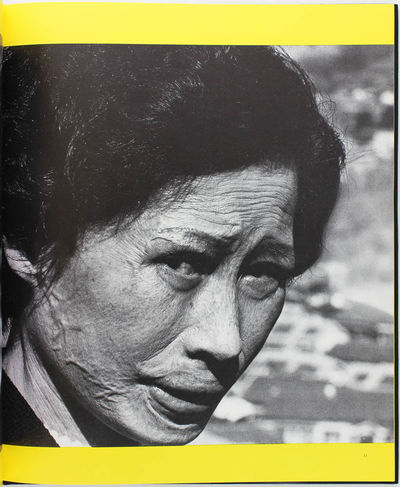 by ANDERSEN, Morten / HOLBORN, Mark
[N.p. / New York: Self-published / Aperture, 2005 / 1986]. Untitled (Days of Night) is fine in cloth boards, sans jacket as issued. Black Sun: The Eyes of Four is fine in a near fine price-clipped jacket. Both books housed together in a plain cloth slipcase.. First Edition. Quartos. Set of two books, including a limited-edition artists' book by Morten Andersen and the exhibition catalogue Black Sun: The Eyes of Four by Mark Holborn. Issued as part of the Marks of Honour series, in which a contemporary photographer's book is paired with the work that inspired it. Here, Andersen has highlighted the photography of Daido Moriyama and the Provoke school, featured in the accompanying catalogue for Black Sun: The Eyes of Four, which informs the grainy black-and-white Tokyo images of his Untitled (Days of Night) series. Number 3 of a limited edition of 5 numbered copies, Andersen's artists' book is SIGNED and consists of 24 leporello-bound barite prints, with the photographer's notes written in pencil on the versos. A loose photocopied sheet, reproducing a letter by Andersen describing the project, has been laid in. (Inventory #: 19173)
$1,750.00 add to cart or Buy Direct from Harper's Books
Share this item
Harper's Books
Offered by

New York: Exit Art , 1995
(click for more details about Untitled, 1995 (Signed and Numbered Print))
View all from this seller>