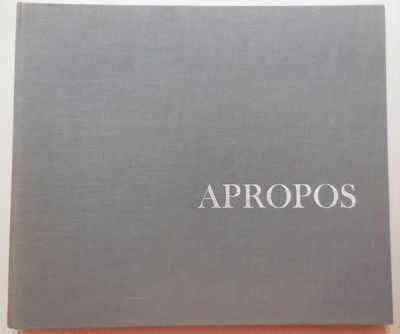 by Artist Book - Motherwell, Robert and Renate Ponsold (Robinson Jeffers)
Long Beach: California State University, 1981. First Edition. Cloth. Near Fine. Scarce artist book features a poem by Robinson Jeffers and is illustrated with drawings by Motherwell and photographs by Ponsold. SIGNED by Motherwell and Ponsold. This is number 40 of 100 examples bound in linen and includes an Original Signed Lithograph by Motherwell. Near fine condition. A book that rarely seems to come to market and when it does, often lacks the original artwork. Quite handsome. (Inventory #: 22100)
$2,500.00 add to cart or Buy Direct from Derringer Books
Share this item
Derringer Books
Offered by