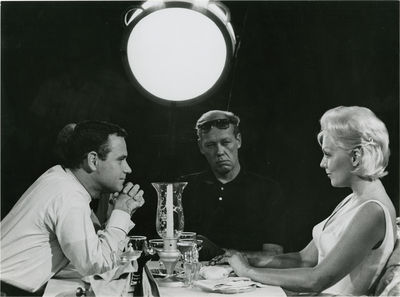 After studying with Saul Bass at the Kann Institute of Art in Los Angeles, photographer Robert Willoughby began working for magazines such as "Life," "Look," and "Harper's Bazaar" in the late 1940s. He spent the next 20-plus years as a set photographer for every major studio and magazine, with his images seen in print literally every week of his career. Willoughby's photographs are in the permanent collections of ten museums, including The National Portrait Galleries in Washington, DC and London, the Bibliotheque Nationale de France, The Museum of Modern Art, and The Tate Modern.