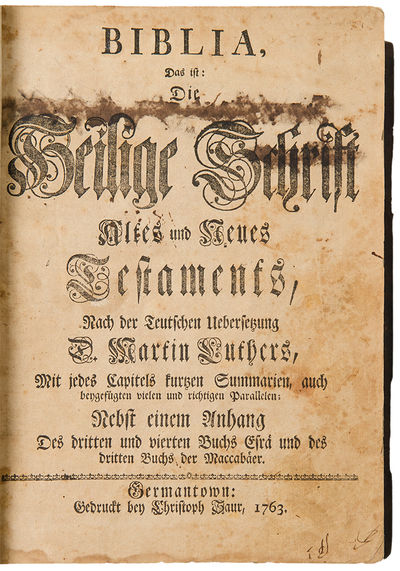 The second Saur bible: the second edition of the first bible in a European language to be published in America.

Sauer's text of the Luther translation was largely based on the Halle Bible, but with the addition of the appendix to the Apocrypha with books 3 and 4 Esdras and 3 Maccabees supplied from the Berlenburg version. When first published in 1743, Saur's bible was the first bible in a European language to be published in America and just the second Bible printed in America after John Eliot's Indian Bibles of the 1660s. The present edition, rumored to have been issued in 2000 copies, was printed by Christopher Saur II, son of Christoph Saur the elder.