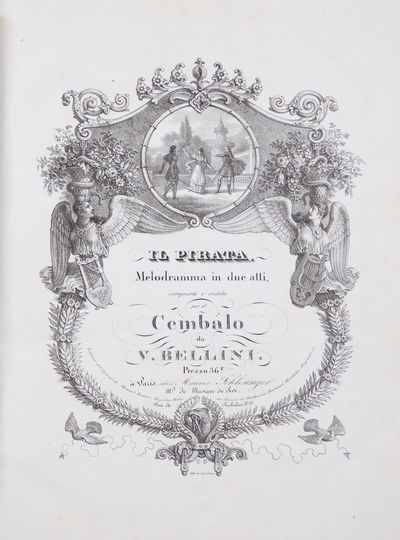 In two acts to a libretto by Felice Romani after Isidore J. S. Taylor's play Bertram, ou Le pirate (a version of Charles Maturin's Bertram), Il pirata was first performed in Milan at the Teatro alla Scala on October 27, 1827. It was Bellini's first collaboration with the librettist Romani, who went on to write six additional operas for Bellini.

"ll pirata played a significant role in establishing the style of the Romantic melodramma later developed by Donizetti and Verdi. The tormented, impulsive hero of Italian Romantic opera is presented for the first time in Gualtiero's opening cavatina." Simon Maguire and Elizabeth Forbes in Grove Music Online. (Inventory #: 28081)
$963.00 add to cart or Buy Direct from
J. & J. Lubrano Music Antiquarians
Share this item