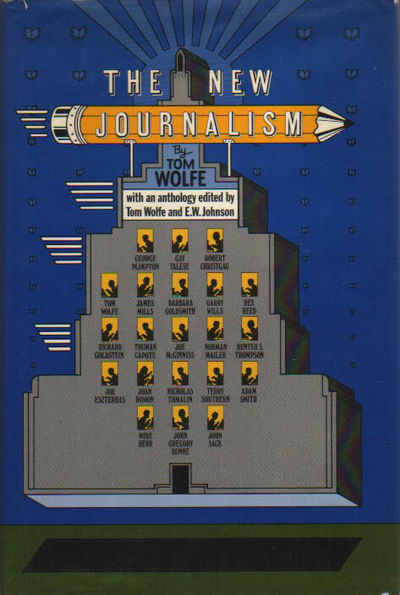 signed first edition
by Wolfe, Tom.
NY, Harper & Row, 1973, first edition, first printing, dust jacket. Hardcover.. Wolfe first writes about the new journalism which is followed by an anthology of just that - new journalism by distinguished authors, the anthology is edited by Wolfe and E. W. Johnson, it includes selections by Truman Capote (from In Cold Blood), Terry Southern (Twirling at Ole Miss), Hunter S. Thompson (The Kentucky Derby is Decadent and Depraved), Norman Mailer (from Armies of the Night), Tom Wolfe (from The Electric Kool-Aid Acid Test), George Plimpton (from Paper Lion), and many others, this copy is Inscribed by Wolfe on the title page, Hunter S. Thompson has Signed his initials on page 174 of his contribution, Ralph Steadman has Inscribed and Signed the book on page 175 onto which he has contributed an original drawing. Near fine. (Inventory #: JD32388)
$4,725.00 add to cart Available from
James M. Dourgarian, Bookman
Share this item