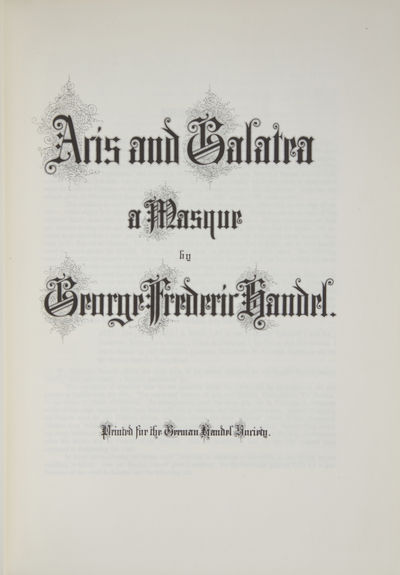 "Chrysander was one of the pioneers of 19th-century German musicology... In 1853 he published essays on folksong and oratorio, on the strength of which he was awarded a doctorate by Rostock University on 19 April 1855. By then he was already deeply interested in the study of Handel and had begun collecting material for a biography of the composer, the first volume of which appeared in 1858. The second followed in 1860 and part of the third in 1867; the work was never finished." Anthony Hicks in Grove Music Online. (Inventory #: 28196)
$83.00 add to cart or Buy Direct from
J. & J. Lubrano Music Antiquarians
Share this item