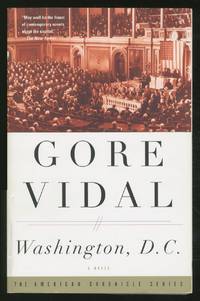 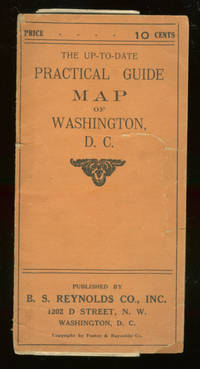 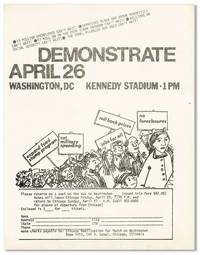 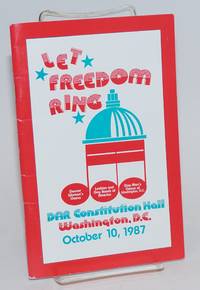 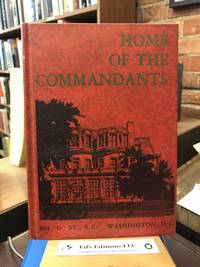 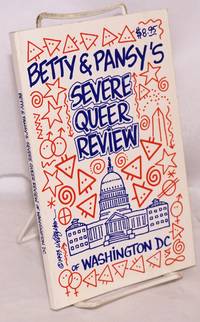 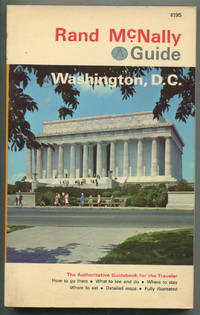 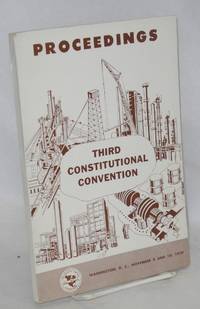 by American Federation of Labor and Congress of Industrial Organiza... 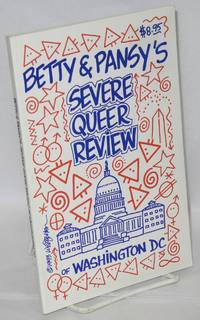 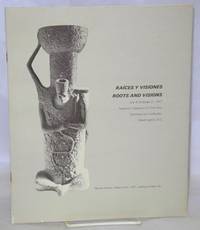 Along with robins and daylight savings time, the Washington Antiquarian Book Fair is the harbinger of spring. In the old days, I'd drive down to the house of my friends who run Bartleby's Books, park my car in their driveway, and take a long, pleasant, shirtsleeved walk down Wisconsin Avenue to their shop in Georgetown, delighting in forsythias, daffodils, and short dresses along the way. But their shop has been closed for four years, and it's a good thing, too. Their business is thriving at home, and I would have needed skis to make the walk this year.

As it was, finding our way across the Key Bridge to site of the book fair at the Holiday Inn in Roslyn, VA, was an arctic excursion, fraught with ice patches, snow banks and potholes.

Promoter Beth Campbell and her helpful staff made move in a snap, but no one was too surprised that the line on opening night was shorter than usual. We'd just gotten several inches of snow – a blizzard in these parts – and DC officials were encouraging people to stay off the roads so that street cleaning could proceed.

A word about Beth Campbell and the Washington Antiquarian Book Fair, if you will indulge me...

The fair started as a fund raising event for Concord Hill School forty years ago. In its day it was, along with events in New York, Seattle, and St. Petersburg, one of the most successful provincial shows in the country. A bookseller could – and many did – make a decent living shuttling from one of these events to the next. All of them had long waiting lists. Beth got involved as a volunteering mom about fifteen years ago, and discovered that she enjoyed “connecting people who know books with people who love books.” A few years ago the school decided to stop promoting the book fair and Beth took it over on her own. Now her head assistant is that same daughter who was the Concord Hill student, and I think Beth's husband pitches in as well. It's a real family affair, and Beth goes about it with energy, enthusiasm and intelligence. Instead of just mailing cards to the same old list, she has partnered with local radio station WAMU FM to present book collecting, history, and book binding seminars on Friday and Saturday, and a free book appraisal session Saturday afternoon.

These events, along with aggressive local advertising, helped bring the people out. Despite the show's slow start, attendance for the weekend was up from past years. More importantly, Beth worked with a local supporter to make tickets available at college campuses in the area, and there were some fresh young faces to leaven the usual crowd of graybeards.

Despite Beth's innovative and energetic promotion, however, the Washington Fair, like almost every other fair on the once-thriving provincial circuit, faces significant challenges. These are too well known to be rehearsed here. I'll just note that, although attendance was up, exhibitors were down. And, although there seemed to be plenty of energy on the floor, most exhibitors reported results in the “below expectations” to “met expectations” range. I did not talk to anyone who had a best ever or spectacular fair, and a few of my colleagues, alas checked the “not so hot” box.

Beth promises to give her all to make sure the Washington Antiquarian Book Fair survives and thrives, and we dealers are rooting for her. She's got a healthy event going now and, given her energy and creativity, I'll bet attendance and exhibitors will be on the rise in future years.

One caveat, though. There was some talk on the floor about extending the fair from a Friday – Saturday event to a weekend long show ending Sunday afternoon. In the view of this old book dog and some of his grizzled colleagues, that would be a fatal mistake. There's simply not enough material on display here to require three days of looking. And if the people can't find something to buy in your booth on Friday and Saturday, Sunday won't help.

Perfectly satisfactory! Just don't make do this on Sunday, too.

Here's a nice thing that turned up this weekend.

Du Temple, M.L. Du Scaphandre et de son Emploi a Bord des Navires. Paris: n.d. double page litho, fldg. engraved plate. 30, (1) pp. This is an early pamphlet on diving. Anderson gives a date of 1860, which is nowhere evident in the text. “About diving and the Cabirol diving suit”—Anderson 354a. Polak gives a date of circa 1863. “La planche sur doublepage represente le plongeur avec son appareil. La grande planche depliante donne des details sur l'appareil 'Cabirol' avec la pompe a air, le casque et les ouvremanchettes.”—Polak 3108. This is an interesting specimen of Du Temple's work, in that the wrappers are printed on the back of the cover sheet from another book by Du Temple – the atlas to his “Cours de Machines a Vapeur,” an ad for which graces the back of this pamphlet. That work is dated 1861, which would make Anderson's dating of 1860 too early by at least a year. I have seen other copies in the same green wrappers, but never with the extra printing. Scattered light foxing, outer edge of folding plate is lightly chipped, not effecting image. A very good copy in original wrappers. Scarce thus. $1500

In February of 1964, in my freshman American Literature Survey Class, I first encountered Herman Melville's Moby Dick. Our teacher was Daniel Hoffman, a worthy poet, critic, and educator who'd go on t... [more]

Today's entry has to do with the way Tahiti looked to Gauguin, but it is also about colleagues, and buying things, and about surprises – about whether or not they can be surprises if we expect them.... [more]

In commemoration of the centennial of the 19th Amendment, the 53rd California International Antiquarian Book Fair, February 7-9, 2020 in Pasadena, will feature a special exhibit and panel discussions ... [more]