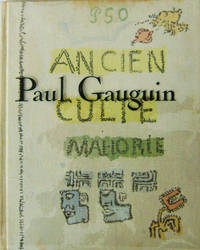 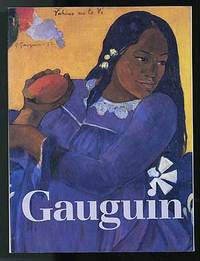 The Art of Paul Gauguin 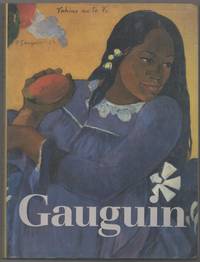 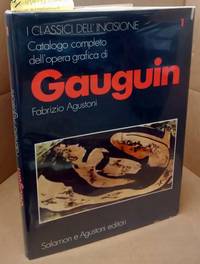 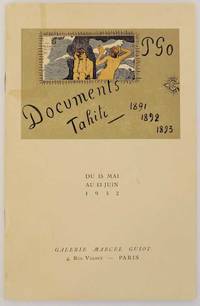 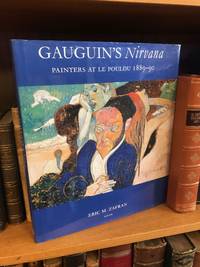 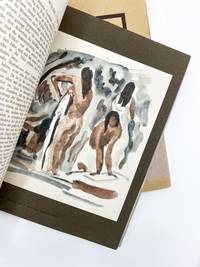 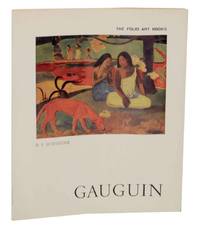 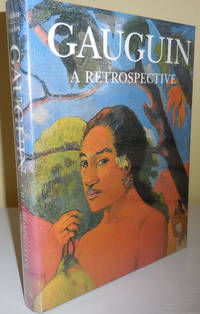 Today's entry has to do with the way Tahiti looked to Gauguin, but it is also about colleagues, and buying things, and about surprises – about whether or not they can be surprises if we expect them.

Last week at the Brooklyn Book Fair my cellphone went off. It was colleague John Thomson calling me from across the room. He'd found something in DeWolfe & Wood's booth. I scooted over for a look.

It was a lot of 24 cabinet photos of Tahiti. About a dozen of these had captions on the back;

just enough info to assure me they were actually photos of Tahiti.

I bought them because I'd never seen their like before. As I wrote somewhere else, this becomes more and more a reason for buying something. If it's new to you – buy it! I also asked John if he wanted to go in on the photos with me. Not because I didn't have the money, but as a courtesy of the trade. He'd scouted it up for me, so he was entitled to a share. I own tens of thousands of dollars worth of things with other people – some of which, I'm sure, will disappear without a trace. No matter, buying things together is a good way to network and, like the old New England ship captains, who seemingly always owned things together, it's an excellent way to share the risk.

In this case there was little risk. We were sure to sell the photos for at least what we'd paid and almost certainly at a modest profit. Because we'd paid a healthy sum to obtain them, the ceiling on this lot didn't seem high, but there was always a chance that research would uncover some little feature that would help us sell them, and maybe make them more valuable than we suspected. I took them home and forgot about them.

Until two days ago when I was cataloging items for the Seattle Antiquarian Book Fair and came across the Tahiti photo lot.

One of the photos was of a ship called the Galilee,

which was a start – I learned that she'd been built in Benecia by the famed and prolific shipbuilder Matthew Turner, and that she'd been on the San Francisco – Tahiti run until 1904. It was also clear, from photos and captions, that the photos documented the Tahiti sojourn of a group of white Americans

And there I was stuck until I noticed the “Lawyer Goupil” caption.

Then bells started to ring.

It was a wonderful surprise, but I realized immediately that some small part of me had been expecting it – I don't mean the Gauguin surprise, just that my research would reveal something more about the photos than they presented at first glance. This made me think about how often we do that – when we're buying big lots or strange singletons like pigs in pokes. We anticipate, no, we expect that surprises will result. Come to think of it, isn't that what research is all about? If we work hard enough even the most mundane acquisition will yield surprises. Then it becomes simply a time/money equation. Is the research worth the candle? Intellectually, always! Financially? Well, I'll get back to you on that.

Here's how I described the lot:

Photographs. Twenty-four Albumen Photo Cabinet Card Views of Tahiti, Circa 1895. These images tell a story, the exact origins of which are lost in time. At some point in the mid-1890s a group of Americans, probably businessmen, possibly tourists, sailed from San Francisco to Tahiti aboard the "Galilee" - a 328 ton brigantine that serviced the packet run between San Francisco and Papeete. They took pictures of the ship, of themselves and other Anglos, of scenic spots, of some buildings inside and out, of Tahitians in native and missionary garb,

and of Tahitian royalty. One of the photographs in this group is labeled "Lawyer Goupil's Residence. Finest on the Island."

The image shows a man, a woman and a child standing in front of a large building. This was the period when Gauguin was living and working in Tahiti, and it so happens that, in 1896, lawyer Auguste Goupil hired Gauguin to paint a portrait of his daughter. The result was the famous "Portrait of a Young Woman, Vaite (Jeanne) Goupil."

The child in the photograph, standing between the man and the woman, bears a striking resemblance to the girl, Jeanne Goupil, in the Gauguin portrait - right down to the haircut.

This, then, is a photograph of Gauguin's subject, taken perhaps a year or two before he painted her. Seen in this light, the twenty-four photographs are a contemporary portrait of Gauguin's Tahiti. Images measure 6½ x 4½ inches, mounted on cards labeled on verso "Kodak Camera. Eastman Kodak Co..." Eleven of them have descriptions or titles. All are in good condition, with almost no fading and no foxing. The lot $2500.