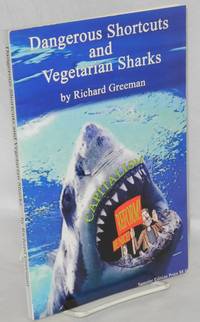 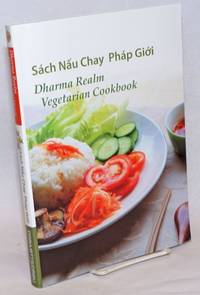 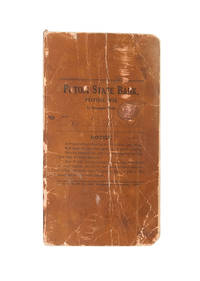 Manuscript collection of vegetarian recipes designed for family and company use 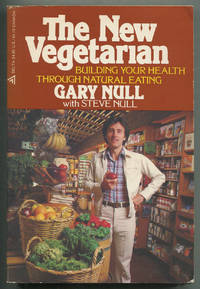 by NULL, Gary with Steve Null 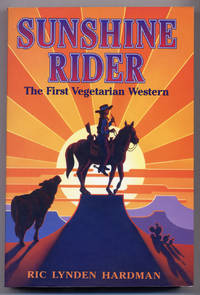 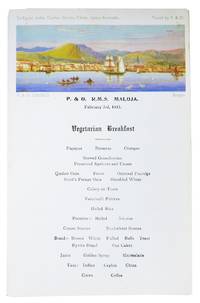 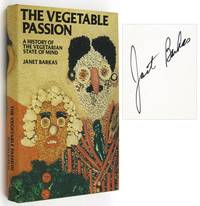 Signed First Edition
The Vegetable Passion. A History of the Vegetarian State of Mind 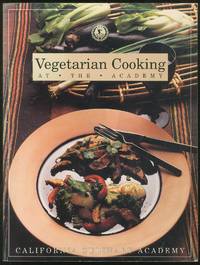 Vegetarian Cooking at the Academy 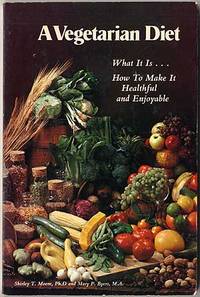 First Edition
A Vegetarian Diet: What it is; How to Make it Healthful and Enjoyable 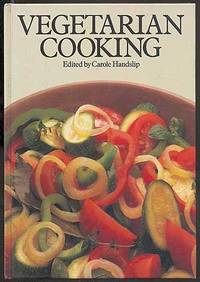 by HANDSLIP, Carole, edited by

(London) : Octopus Books , 1980
offered by Between the Covers Rare Books

Longtime ABAA-member William Dailey died suddenly last month. His former wife and business partner Victoria Dailey has written an obituary, and his friends and colleagues John Windle and Stephen Gertz supplied touching memorials for him online, which we reprint with premission below:

I first met Bill in 1972 when he manned the front desk at Zetilin & Ver Brugge. I was early for an appointment nearby, and stepped into Jake’s “Red Barn” for a  quick browse. I never got around to browsing. Instead, Bill and I struck up a conversation and discovered we shared many interests, so I wasn’t surprised when a few days later he called and asked me out. (He had asked me to leave my name and number for the “mailing list.”) We started dating, and when the position of gallery assistant at Jake’s became open, I applied and got the job. When Bill left Jake’s employ a few years later, Jake inscribed a book, a parting gift to Bill, thus: “Smooth sailing on the high seas of books.” Unknown to Jake, the metaphor was apt: Bill had spent many youthful summers sailing with his parents and sister up and down the eastern seaboard—he was an experienced windjammer, more than ready to tackle the oceans of books he would encounter.

Bill and I decided that not only did we want to buy, sell and collect books, we also wanted to print them, and so we began the Press of the Pegacycle Lady in 1972, ultimately publishing twenty-five titles. We married at the end of 1973, began dealing privately in 1974, and in 1977 we opened William and Victoria Dailey Antiquarian Books and Fine Prints.

We spent our lives in quest of the perfect book, the ideal book—Carter’s ABC was our bible. We scouted for and sold books by day; at night, we designed and printed them. We spoke in a bookish lingo that only we understood. Certain titles became catchwords to us—Zanoni, La Fanfarlo, Queen Mab, The Book Bills of Narcissus, Hypnerotomachia Poliphili, Vera the Medium, Lavengro—these and many others resonated with us; one of us only had to say the title and the other understood what thought was being communicated. It was this passion for books that united us—we took the motto of the ABAA as our own: Amor Librorum Nos Unit.

Bill was an expert cataloguer and could collate an incunable, remember issue points on scores of books, and he had a knack for scouting bargains. We became regulars on the book fair circuit, and once, in 1984, we won the award for having travelled the farthest when we exhibited at the first Paris Book Fair, held at the Conciergerie. We also designed several of the posters for the ABAA book fairs in Los Angeles. Bill also like to make sketches of posters for imaginary book fairs—one drawing was a riff on Cold War fallout-shelter posters that read: “Book Shelter. In the Event of Bibliomania, Rush to the Official ABAA Book Fair at the Ambassador Hotel, Los Angeles.” He drew a “book bomb” as a decorative ornament.

Although we divorced in the 1990s, we remained good friends and were always connected by our love of books. We would ask one another’s advice on acquisitions, discuss bibliographic issues—especially on California-related items which interested us both—and if Bill acquired something he thought I would like, he would call and offer it to me.

Bill also had a capricious streak, and I nicknamed him “Unpredicta-Bill.” He filed papers in reverse alphabetical order. He sold our vintage Art Deco shop clock because someone asked the price. (For a decade it had ticked reliably in the shop and was never for sale.) In 2003, he asked me to accompany him to take a look at a motel he was considering buying in Desert Hot Springs. The trip was intended as a reconnaissance mission to get a feel for the place, but suddenly, Bill told the owners: “I want to open escrow today.” I confess, I was stunned, but off we went to the escrow office and the deed was done.

Bill made many friends throughout his life, and his impish humor, his vast knowledge on many subjects, his patience and his kindness will be remembered and missed by them all. But for me, it is the very foundation of my life in books that is inextricably linked to Bill, and for that, I will be forever thankful.

(Note: The Book Collector will publish a more lengthy obituary in its upcoming spring issue.)

Bill was a friend of 45+ years standing... It’s much too soon to eulogize him but I will say this, and you can quote me; Bill had an eye for the unusual, the strange, the weird even, in books, art, and people. He wasn’t much of a shopkeeper but he filled their bookshop W & V Dailey (later Dailey Rare Books) with some of the most-interesting books and artwork I’ve ever seen. He loved quirky stuff and quirky people and he totally lacked any filter that might cause the rest of us to exercise caution. His collections, his printing press productions, his yoga vegetarian Buddhist retreat motel, his home under a mountain in the desert, on and on all reflected someone utterly unconcerned with other people’s taste or judgments. He had a natural fascination with who or whatever came into his space without being especially attached to anything. We were very close and I miss him more than anyone I’ve ever lost in my life.

In 1999, Bill Dailey took in a dog that’d been hanging around his shop, snd gave the mutt sustenance and shelter.
That dog was me.
I’d known Bill since the mid-'80s; I bought a few books from him, for my personal collection and resale as a budding dealer. As a dealer I turned out to be a great collector. In those pre-internet days I feared I’d never see those books again and was afraid to sell them. I was naive.
1999 was nadir of my life. I was unemployed, miserable, and in the midst of yet another financial crisis, this one truly dire. With great reluctance, I began to sell my collection to Bill, who I knew wouldn’t screw me. Soon, he asked me to catalog part-time; I knew the books I sold to him better than he did and he wanted that experience.
Not too long afterward, his two employees quit and he hired me full-time. It is no exaggeration to declare that he saved my life. Finally, I’d found employment that suited my temperament and interests. The depression that had be plaguing me lifted. I felt like a solid citizen again. More to the point, I’d finally found my place in the world and that world opened itself to me. I was at home.
The salary was not great but Bill was otherwise generous. Early on, he once slipped me $100, telling me to get myself some new clothes. When I needed a computer, he fronted the money to me, an interest-free loan I did not ask for; he volunteered. There were many other kindnesses. He was free with his knowledge; I learned so much from him. Bill allowed me to grow in the trade, encouraging me to express myself, meet everyone, and become an associate ABAA member. He introduced me to local trade colleagues, not the least of whom was Michael R. Thompson who, over the years, became a close friend, mentor, and champion. It was because of MRT that the ABAA SoCal chapter was saddled with me as Vice-Chair and Chairman, a four year administration informally known as the Years of Living Dangerously Bookish.
We got on extremely well, our cultural tastes similar, our personality’s complimentary. We got to calling each other, “Mr. Gertz” and “Mr. Dailey,” a wry tongue in cheek tip o’ the hat to British formality between employer and employee. We developed an arch code as running gag. Bill would declare that he was “going aloft,” and that meant that he was going to take a nap in the loft in the shop’s back room. “I’lll be at my tailor’s” meant that he was leaving the shop to run errands. I’d inform him that “I must consult with my alienist”  and he’d know I had an appt. with my shrink. Of course, I’d say that in answer to almost any personal question he asked.
A few years into my employment we needed an extra hand. One day, Ari Grossman walked in. Instant hire!
Bill bought the Hacienda in Desert Hot Springs. He trusted me to take care of the shop and business while he pursued his dream of becoming a member of the loaded, er, landed gentry, an upscale innkeeper.
When he decided to sell the shop and work out of the house, Ari stayed with him. I accepted an offer from David Brass. It was the end of an era in my life. We stayed in touch and sight but were on different tracks. We didn’t see each other often enough. I have nothing but precious and fond memories of Bill’s shop. I spent seven of the best years of my life as his employee.
I have nothing but fond memories of Bill, always much more than an employer. He was my friend. And a great one, at that.

A 2016 talk William Dailey gave at the Lilly Library about a large collection of rare vegetarian books that he donated.