AN ACCOUNT OF A VOYAGE TO SPITZBERGEN; CONTAINING A FULL DESCRIPTION OF THAT COU... 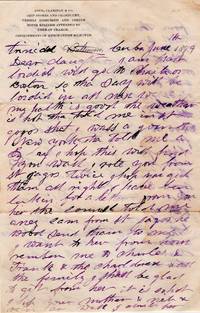 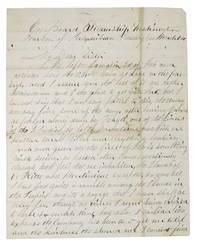 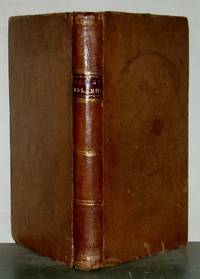 An Account of the Pelew Islands... Composed from the Journals... Of Captain Henr...

An Account of the Pelew Islands... (With the First Appearance of Hockin's "Suppl...

An Account of the Voyages undertaken by the order of His Present Majesty for mak... 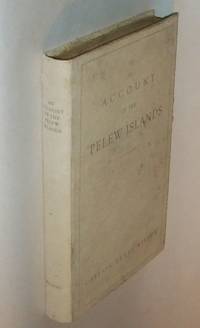 An Account of the Pelew Islands, Situated in the Western Part of the Pacific Oce...

People tend to get carried away by the romance of old books and paper, and it's easy to see why. The thrill of the hunt, the joys of discovery, and the marvelous stories locked up in dusty old letters, journals, and books provide a perfect escape – an antidote to the stresses of our daily lives. Unfortunately, overworked librarians and book dealers often find that their interaction with books and manuscripts devolves into an insistent time/money proposition. As much as we'd like to linger over an ancient text, or just sit down and read the damned thing, we've got to get that bugger cataloged and shelved. There's work to be done! We wind up stressing out over the very things that should be affording us relief. So it's a delight when, every once in a while, something comes along that is so arresting and charismatic that it commands our complete attention and gobbles up our time, productivity be damned.

I came across just such a lot on my way to the Washington Book Fair ten days ago, and I'm happy to report that this material has been holding me hostage all week. The lot consists of thirty or so nineteenth century sea charts.

They're all in good condition, and they're certainly marketable, so they merited some individual attention. Naturally, the closer I looked, the more interesting they became. Many of them bore pencil markings of courses sailed, of dates, of sailing directions, and of notes about navigational sight lines and hazards. On closer inspection the dates grouped around the 1850s. Looking closer still, I saw that many of the plotted course tracks belonged to a ship named the *****.

Furthermore, it became apparent that there was continuity to the charts. Almost all of them described waters leading from the Bay of Bengal though Malaysia to the China Sea. In other words, these charts would have been used by ships engaged in the China Trade.

As it happened, I had some familiarity with this ship. She was an extreme clipper ship, designed and built in 1851 by the great marine architect and shipbuilder William H. Webb. (Her plans and lines are included in Webb's magnificent book, Plans of Wooden Vessels of which I happen to have a copy for sale. In their book, American Clipper Ships, Howe and Matthews describe the ship as a “Particularly handsome ship in every way... one of the fastest and also one of the most successful ships ever launched from any shipyard.” And, of course, being a famous clipper ship, there were several clipper ship sailing cards advertising her virtues, including one of the most attractive and unusual cards I'd ever owned.

Between 1852 and 1861, according to Howe and Matthews, she made numerous trips to China, and many of these are documented in this lot of charts.

Just to be certain, I checked with the collector from whom I'd gotten them. His memory was a little fuzzy on the matter, but the broad outlines of the story were reassuring. The charts had come in a single lot, from a single estate in Stonington, Connecticut, some time in the 1970s.

Questions remain. This ship was sailed by two great clipper ship captains – Gardner and Arquit, both of whom drove her to record, or near record, voyages, and she was owned by Bucklin and Crane. Somehow, a family associated with one or another of the captains, or with the New York shipping company, had kept those charts together until they turned up in an estate sale in Connecticut. But which family? Was there other material? Many of these charts were published by the English chart maker James Horsburgh, intended for use with his pilot book The India Directory. (Almost all the early charts of those waters used by Americans were English - they got there first.) What happened to those books? And who got to keep the charts after a voyage? Was it the captain? The owners? The shipping company?

While we're chewing on those big questions, perhaps some scholar will be pouring over the charts themselves, figuring out how the ship found her way through the Carimata Passage, and what, exactly, she was doing in the China Sea on August 24, 1856.

The ABAA has launched a program where seasoned ABAA members act as mentors, i.e. business advisors and guides, to novices in the rare book field and/or those not currently in the trade but whose backg... [more about ABAA Launches Mentorship Program for Novice Book and Manuscript Sellers]