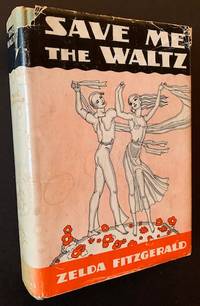 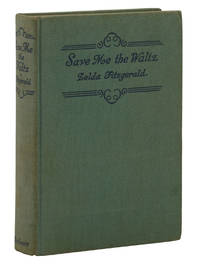 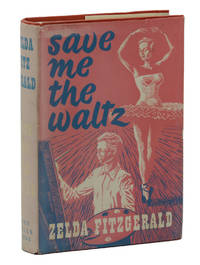 First Edition
Save Me The Waltz 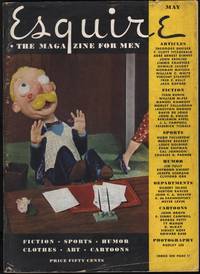 by Fitzgerald, F. Scott and Zelda and Langston Hughes

ABAA members list newly acquired or catalogued books on almost every day of the year. Keep an eager eye on our "New Arrivals" search page to see what's recently been offered for sale and find the books you need to build your collection!

Here are a few highlights from this week's crop of newly listed items:

Save Me the Waltz

London: Grey Walls Press, 1953 First English edition. Publisher's light blue cloth, lettered in gilt to spine, in original pink pictorial dust jacket. Near fine with a slight lean to spine and a touch of wear to spine ends, light offsetting to endpapers, a few tiny spots to top edge; dust jacket with a few tiny nicks to spine ends and corners, spine faded but front panel extremely bright. Overall, a tight and attractive copy. Originally published by Scribner's in the US in 1932, Save Me the Waltz is the first and only novel by Zelda Fitzgerald, better known as an artist and wife of the renowned author F. Scott Fitzgerald. An extremely autobiographical text, it tells the story of "a young artist to whom success comes very early," and "a Southern girl" who would travel the world, live as an expatriate in Paris, and ultimately "return to the Southern town in which she was born." Similarly, Zelda and F. Scott were married young, lived abroad for several years, and then returned to the American Southeast for health reasons. Increasingly afflicted with mental illness in her adult years, Zelda was admitted to the Sheppard Pratt sanatorium in Towson, Maryland in 1930, and began writing Save Me the Waltz as part of her ongoing therapy. . First English Edition. Hard Cover. Near Fine/Dust Jacket. (Offered by B&B Rare Books)

The Poetical Works of Lord Byron

London: John Murray, 1839. The Poetical Works of Lord Byron. Octavo, 9 volumes. Bound in three quarters blue morocco over cloth, gilt titles and tooling to the spine, raised bands, marbled endpapers top edge gilt, gilt double ruled to the front and rear panels. Illistrated with 159 plates. In near fine condition. An attractive set. "Byron is to a far greater degree than the other romanticists the poet of humankind. He conveys with tremendous power the majesty and desolation of history, the vanity of pomp and pride, the transitoriness of fame. And he is the poet of contemporary society, keen to discern the false and the corrupt, courageous in denunciation yet with pity for the young and innocent... As a poet he mirrored brilliantly and without distortion an absorbingly interesting world" (Baugh, 1229). (Offered by Raptis Rare Books)

New York: M. Evans and Company, Inc.. Near Fine in Very Good+ dj. (c.1970). First Edition. Hardcover. [book is in almost perfect condition, with just the tiniest bumping to the top front and bottom rear corners; jacket has a bit of edgewear here and there, some wrinkling near bottom of front panel, color-shifted at spine, short closed tear at top of front panel]. Whatever one's estimation of Trumbo -- politically, or as a screenwriter, or as a human being -- it's an undeniable fact that he was a terrific letter-writer, as this volume amply demonstrates. (Offered by ReadInk)

View these and all other new listings on abaa.org...