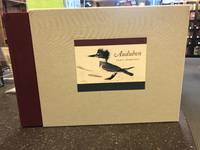 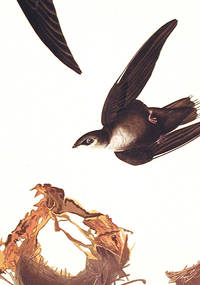 American Swift. From "The Birds of America" (Amsterdam Edition)

American Scoter Duck. From "The Birds of America" (Amsterdam Edition)

American Bittern. From "The Birds of America" (Amsterdam Edition) 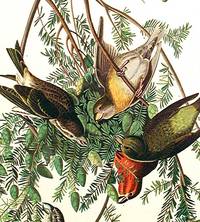 American Crossbill. From "The Birds of America" (Amsterdam Edition) 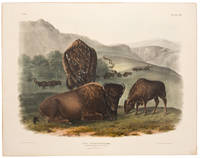 American Pied-bill Dobchick. From "The Birds of America" (Amsterdam Edition)

American Coot. From "The Birds of America" (Amsterdam Edition)

Why is it that we love tales of book heists? Two new films set in the world of rare books, both crime thrillers, are coming in 2018.

The first trailer for "Can You Ever Forgive Me?", based on Lee Israel's career as a forger of literary letters was released this week, and the trailer for "American Animals" based on a 2004 robbery of the Special Collections Library of Transylvania University, in Lexington, Kentucky has been playing for a short time. The proximity of these two films may simply be coincidence, but the source material for these tales -- magazine articles about book thieves and true-crime accounts of heists succesful and unsuccessful -- are abundant.

Perhaps it's simply an extension of the idea that everyone has a book in them -- which makes so many people think they could be an author "if they had the time" -- that draws people to these stories? Or, perhaps it's the popular "cash in the attic" idea that makes people think they might already possess some valuable books, and they can relate better to stories about book thefts than to thefts of say, gold bullion, plutonium, or casino profits? Articles declaring that rare books are the hot collector's item of the moment, or claiming that certain categories of books are somehow recession proof, do nothing to disabuse people of this notion. (For the record, the ABAA cautions against viewing rare books as financial investments, and encourages collectors to focus instead on their interests.)

It's not news to book collectors that passions can run high when one is in pursuit of "must-have" items for one's collection, so maybe it is these primal passions that people are connecting to? There but for the grace of God go we? Poet and longtime employee of ABAA-member Bauman Rare Books, Ernest Hilbert wrote the libretto for an opera about these very passions, The Book Collector, which debuted in 2016. At the time, Hilbert reflected that:

"...the opera is driven by the forces that have defined opera since its earliest days: jealousy and love, vengeance and mercy, the clash of social classes, free will bound by fate, and tragic, sometimes deadly misunderstandings. The auction floor, the bookseller’s shop, the private library, and the book itself really serve as settings and props for the larger human ambitions that animate the characters."

Sadly, libraries often lack the funds for necessary security and can be vulnerable to well-organized (or simply opportunistic) thieves, so there's plenty of material to furnish tales of book-related crime, whether fiction, nonfiction, film, even opera! If the two movies coming later this year prove popular, perhaps some of the bestsellers below will furnish the source material for future films?

Thieves of Book Row: New York’s Most Notorious Rare Book Ring and the Man Who Stopped It by Travis McDade.

From the publisher: "No one had ever tried a caper like this before. The goods were kept in a secure room under constant scrutiny, deep inside a crowded building with guards at the exits. The team picked for the job included two old hands known only as Paul and Swede, but all depended on a fresh face, a kid from Pinetown, North Carolina. In the Depression, some fellows were willing to try anything -- even a heist in the rare book room of the New York Public Library."

The Man Who Loved Books Too Much by Alison Hoover Bartlett.

From the publisher: "Unrepentant book thief John Charles Gilkey has stolen a fortune in rare books from around the country. Yet unlike most thieves who steal for profit, Gilkey steals for love-the love of books. Perhaps equally obsessive is Ken Sanders, the self-appointed "bibliodick" who's driven to catch him. Following this eccentric cat-and-mouse chase with a mixture of suspense, insight and humor, Allison Hoover Bartlett plunges the reader deep into a rich world of fanatical book lust and considers what it is that makes some people stop at nothing to posses the titles they love."

The Map Thief: The Gripping Story of an Esteemed Rare-Map Dealer Who Made Millions Stealing Priceless Maps by Michael Blanding.

From the publisher: "Once considered a respectable antiquarian map dealer, E. Forbes Smiley spent years doubling as a map thief —until he was finally arrested slipping maps out of books in the Yale University library. The Map Thief delves into the untold history of this fascinating high-stakes criminal and the inside story of the industry that consumed him."

The ABAA maintains a database of stolen books so our members and the public can be on the lookout for missing and stolen items in case the material appears in the marketplace. Over the years, individual ABAA members also have been instrumental in catching some notorious thieves, such as Ken Sanders' work in apprehending John Charles Gilkey, as told in Allison Hoover Bartlett's book above. Another member, David Lowenherz of Lion Heart Autographs, was instrumental in exposing Lee Israel's forgeries; but, whether this involvement will be included in the new film remains to be seen as the producers are under no obligation to stick to the facts. ("Can You Ever Forgive Me?" is scheduled for release in October 2018.)

If you care to learn more about the robbery at Transylvania University that forms the source material for "American Animals," you should read John Falk's 2007 article for Vanity Fair, "Majoring in Crime." A brief overview of Lee Israel's rise and fall as a literary forger can be found in her NYT obituary.

Can You Ever Forgive Me?