Jett Whitehead has been an active bookseller since 1991, dealing exclusively in the area of modern poetry. A visit to www.PoetryJett.com will tell you more. 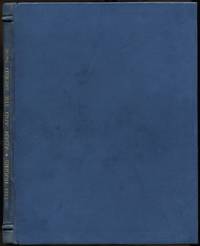 (London) : The Rainbow Press , 1979
offered by Between the Covers Rare Books 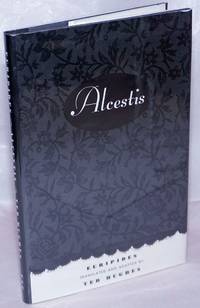 by Euripides, translated and adapted by Ted Hughes 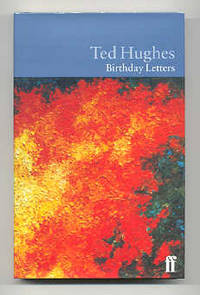 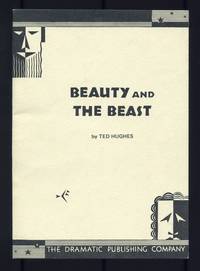 First Edition
Beauty and the Beast. A Play in One Act

Chicago : The Dramatic Publishing Company , 1974
offered by Between the Covers Rare Books 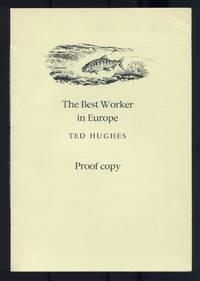 Cambridge : (Published by The Atlantic Salmon Trust , 1985
offered by Between the Covers Rare Books 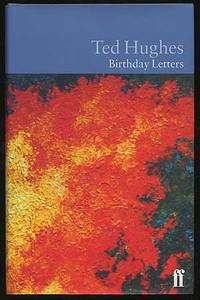 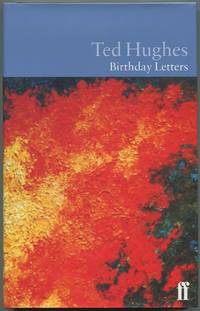 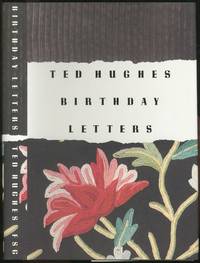 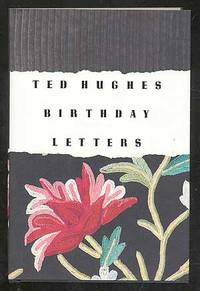 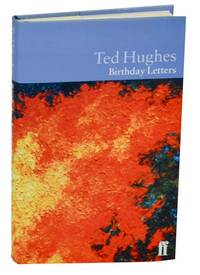 -- A Parody in Prose

Sylvia Plath is having an Argument & Song with Stanley Plumly, while Steve Orlen gives Permission to Speak to Howard Moss, who is always Finding Them Lost on one shelf or the other. Why you’d think David Ignatow would have more to do than chasing Sunlight – collectors know it’s so bad for the book spines – but he does it all for his daughter. And then we have thoughtful Randall Jarrell giving Blood for a Stranger, while that Kenneth Patchen obsesses with following Red Wine and Yellow Hair everywhere!

Poor Gary Snyder was Left Out in the Rain for no reason at all, so his pal C. K. Williams held The Vigil until he brainstormed A Dream of Mind to get ole Gary back on the Mountains and Rivers Without End. Then along comes Corso with his own Mindfield and bumps into Robinson Jeffers looking for lunch in the Hungerfield, and that got Gerald Stern to offer them both some Bread Without Sugar, all hoping for The New Body that James Moore promised. John Frederick Nims, forever the gentleman and diplomat, needed to remind them that all bodies are Of Flesh and Bone, even if some of the tribesmen look Zany in Denim.

Ever eager to keep in touch, Ted Hughes is busy writing Birthday Letters, and Brad Leithauser is fussing with The Mail from Anywhere, while Dan Gerber writes Letters to a Distant Friend before Sailing through Cassiopeia using the same nautical chart that Edward Byrne used Along the Dark Shore. These land lovers should have checked with William Meredith first, so he could warn them about The Open Sea and what caused The Wreck of the Thresher, and eventually capsized Laura Jensen’s Bad Boats. Even though Jean Garrigue got by in a Country Without Maps, most adventurers really need a guide like W. S. Merwin who knows The Compass Flower for direction.

Everyone noticed that Kingsley Amis was having A Look Round the Estate, watching A. R. Ammons taking out the Garbage, and keeping an eye on Robert Kelly standing near the Fire Exit. Several followed Donald Hall as he was Kicking the Leaves, including Thomas Lynch Walking Papers. It was about the time John Haines noticed The Owl in the Mask of the Dreamer that May Swenson stumped them all with her Poems to Solve, being clever as ever. And just being there, Meg Kearney finally felt settled in and Home By Now.

All of this walking and roaming was making everyone hungry again, so August Kleinzahler stirred up a batch of his ever popular Red Sauce, Whiskey and Snow, served with a side of Asparagus, Asparagus, Ah Sweet Asparagus steamed perfectly as only Faye Kicknosway knows how. Sandra M. Gilbert knew she’d please everyone by baking a loaf of Emily’s Bread for the meal, which paired perfectly with the Eggs in the Lake provided by Daniela Gioseffi. Alan Bold brought out A Pint of Bitter for everyone, followed up with Norman Dubie’s Alehouse Sonnets, and bottles of John Hollander’s Blue Wine. Ted Hughes surprised everyone when he decided to Eat Crow, knowing that Rick Ardinger was providing dessert with generous slices of his famous Goodbye, Magpie. Kenneth Koch lead the cheering for this fine meal with a great big Thank You, and before it was all served Richard Jones offered The Blessing. When it was time to clean up the mess, Albert Goldbarth put everything in The Kitchen Sink, and Martin Espada rolled up his sleeves and made quick work with the dishes like A Mayan Astronomer in Hell’s Kitchen. After everyone had consumed the last drops of drink, Gerald Stern began asking all the ladies to Save the Last Dance for him. Jane Kenyon sensed the crowd was tired and encouraged them all to Let Evening Come and just go to bed. Laure-Anne Bosselaar reminded everyone they were approaching The Hour Between Dog and Wolf. Timothy Liu agreed and urged everyone to just Say Goodnight.

It was a great party to be sure, but the next morning Cynthia Macdonald was the first to declare: I Can’t Remember what happened. She was comforted by David Lehman’s explanation of Operation Memory; and John Ciardi agreed that the evening was mostly filled with This Strangest Everything, and didn’t really need to be remembered at all. But then, Robert Penn Warren sobered everyone up when he declared Rumor Verified – it was the Wedding Night of a Nun and Lynne Lawner presided at the nuptial service. Jane Shore demanded A Yes or No Answer, and Carl Adamshick said the rumor was only Curses and Wishes. Looking to shift the blame away from all of the alcohol consumed, Barbara L. Greenberg said it was due to The Spoils of August that made everyone loose their memories. August Kleinzahler came to his own defense and said they should all be Sleeping It Off in Rapid City. Fred Chappell tried to calm the tension saying he considered the whole party just another Family Gathering. Quan Barry disagreed and said they all belonged in an Asylum, and Lee Upton had No Mercy for the sorry lot. Annie Dillard, thinking they were all over reacting, reminded everyone there would be Mornings Like This, while Donald Hall suggested that a good nap would put them all in The Museum of Clear Ideas by lunchtime.

Michael Blumenthal wouldn’t let the subject drop, saying too many of those gathered were Against Romance. Eavan Boland tried to clarify, saying they were only Against Love Poetry, and they needed to find New Territory. Robert Bly agreed, and began Loving a Woman in Two Worlds. Then Sharon Bryan suggested that the really handsome ones were merely Objects of Affection. Marilyn Hacker disagreed, as usual, and said they were all just Assumptions, and everyone should be Taking Notice and Going Back to the River for a dip. Michael Brownstein just shook his head while walking slowly away, knowing with this gang there were surely Strange Days Ahead.

Editor's note: Geoffrey Hill (1932-2016) was considered by many to be the finest poet writing in English of his time. His first poetry appeared in the early 1950s and his last book was published in 20... [more about Reading & Collecting Geoffrey Hill]