Cynthia Gibson has been a bookseller since 2004, and also runs the BookFairs.com web site. She currently spends the bulk of her time on the road, but due to the wonders of 3G she can almost always be reached at mail@daiadfinebooks.com or editor@bookfairs.com. 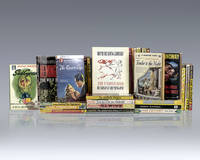 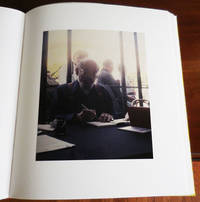 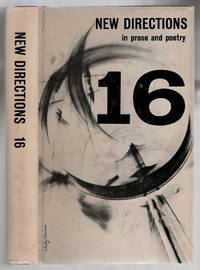 by (KEROUAC, Jack, others). Edited by J. Laughlin 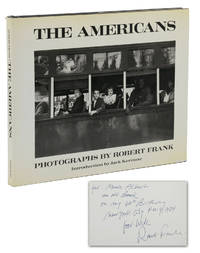 by Frank, Robert and Kerouac, Jack 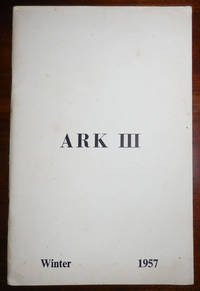 First Edition
The Art of Fiction

by Beats - Ted Berrigan and Jack Kerouac (plus Aram Saroyan and Dun...

No Place : Merit , No Date
offered by Derringer Books 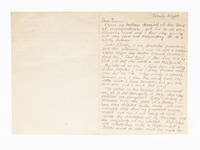 Signed
Autograph Letter Signed (ALS) to a friend about his "creative powers" and being ... 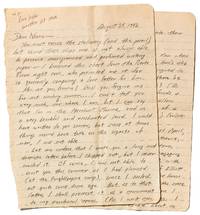 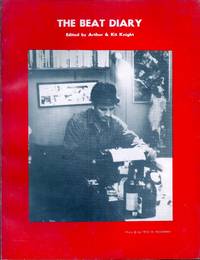 When visiting New York for the annual Antiquarian Book Fair, many attendees spend the entirety of their time within a fairly narrow geographic radius of the fair itself. That's understandable -- the Upper East Side has much to recommend it, and for convenience to the fair, it can't be beat.

But New York City is a rich tapestry, and bookish pleasures abound throughout. Why not let the fair serve as an opportunity to grab a cab or hail an Uber and explore further afield?

For sheer literary density, New York's crown jewel has to be the downtown neighborhood of Greenwich (that's "grennitch") Village. Universally referred to by natives simply as "The Village, this historic district is bounded by 14th Street on the north, Houston Street on the south, 3rd Avenue in the east, and the Hudson River to the west. Originally a bucolic out-of-town escape destination for disease-beset 18th- and 19th-century New Yorkers, the area retained its post-colonial flavor even as the city, marching ever northward, expanded around it.

West of 7th Avenue lies the West Village, with its tangle of cobblestoned streets and 19th-century townhouses. Now a fashionable district for shopping and nightlife, the area experienced a severe decline in the late 19th century, becoming a ghetto to the more affluent neighborhoods that grew up around it. It quickly acquired a reputation for excess and iniquity; cheap rents inevitably began to attract young and struggling artists and writers. By the early 20th century a "cafe society" had developed; soon Prohibition would bring speakeasies tucked into basements and behind false doors, further contributing to the neighborhood's reputation for bohemianism, adventure, and romance.

Today it is easy to get lost while wandering the crooked streets, many of which retain their original names evoking the developing nation's history ("Gansevoort" and "Bleecker" and "Stuyvesant," "Hudson" and "Washington" and "Perry"). There are not one but two different roads named "Waverly Place" (after Sir Walter Scott's "Waverley" novels), which cross each other just east of 7th Avenue, creating an odd little triangular packet of land; on it stands the old Northern Dispensary, where Edgar Allen Poe once was treated for a cold.

To the east of 7th Avenue lies the central Village, anchored by Washington Square Park, with its iconic postcard-friendly replica of Paris's Arc de Triomphe. This is where the young Henry James was born and raised; the park provided the eponymous title for perhaps his best-known work. New York University has its campus here, and the energy of 50,000 curious young minds in the vicinity is palpable. The students continue to fuel the Village's tradition of innovation and creativity, gathering in the cafes and in the Square itself, mingling with a myriad throng of street performers who call the park their home. On any fine day, Washington Square is worth a trip to check out what's happening, just to watch and listen, or even join in!

Plaques commemorating literary culture abound throughout the Village. A personal favorite is the one marking Edna St. Vincent Millay's home at 75 1/2 Bedford Street. At only 9 feet 6 inches wide, it is landmarked as the "narrowest house in New York." Although universally referred to as the "Millay House," the building, which dates from 1873, has also been home to William Steig, Ann McGovern, and Margaret Mead, and Cary Grant and John Barrymore are both known to have stayed there while performing around the corner at the Cherry Lane Theater.

Perhaps the most infamous literary spot anywhere in Manhattan is the White Horse Tavern, a pub in the far West Village long popular with bohemian sorts. James Baldwin, Richard Fariña, Norman Mailer, Delmore Schwartz, Hunter S. Thompson, and Jack Kerouac are only a few of the authors who have bellied up to the bar there over the years, rubbing shoulders with the founders of the Village Voice and the Catholic Worker.

A featured item from the 2016 New York Antiquarian Book Fair

Fariña, Richard. Broadside Promo Poster for Reading and Appearance at the Discovery Bookshop, May 1, 1966.

Handpress poster — likely job-work from Auerhahn Press — advertising a reading and autograph party for author Richard Fariña, in celebration of the publication of his now-seminal novel, "Been Down So Long It Looks Like Up to Me," at the Discovery Bookshop in San Francisco, on May 1, 1966. Fariña's book was published two days prior to his untimely death in a motorcycle accident, and this reading was to have been held the day after. A moving and greatly unintended handpress memorial to one of the most important authors of his day, one of the greatest artistic results of the Greenwich Village scene, and a major influence on the likes of Bob Dylan and Thomas Pynchon. OCLC located just one copy, at Brown. (Offered by Brian Cassidy, Bookseller)

But unquestionably the Tavern is best known for the role it reputedly played in Dylan Thomas's demise. On his final visit to New York, the alcoholic poet made the watering hole his second home, famously (and almost certainly apocryphally) drinking 18 shots of whiskey there one night before stumbling back to the not-far-distant Chelsea Hotel. He died three days later.

Popular legend has long correlated the binge at the White Horse with Thomas's death; in truth, congenitally weak lungs, years of chain smoking, and a record-breaking run of ambient smog that summer were to blame. Nonetheless, the mythology is compelling, and continues to attract fans to the tavern, which truly does retain an aura of a bygone era.

The 1960s brought a new generation to the Village, and music began to overtake literature as the area's primary artistic engine. By the 1980s gentrification had begun, and gradually the artist class dispersed to other parts of the city (the East Village, then the Lower East Side, and eventually Brooklyn -- all also worth a visit, if time should permit).

In its current incarnation as one of the high-rent districts in the city, Greenwich Village is home to fashionable shops and world-class restaurants, making it a true destination for New Yorkers and visitors alike. Still, the neighborhood continues to preserve and celebrate its literary past. For only the cost of a taxi ride, you can step back in time and walk with the ghosts of greatness.

SUNDAY: You could easily be excused for thinking that in the seven-month-long hiatus between major American book fairs (April in New York, November in Boston) there would be a sort of doldrums in whic... [more about Rare Book School Journal]