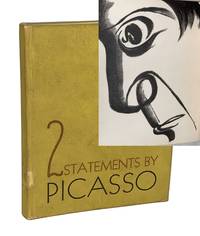 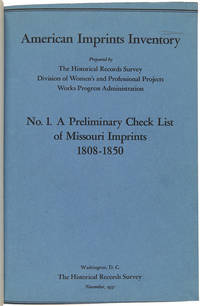 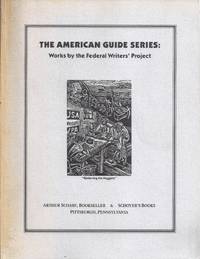 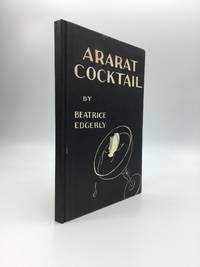 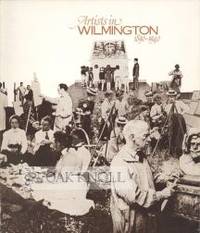 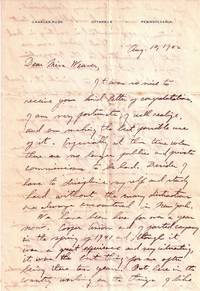 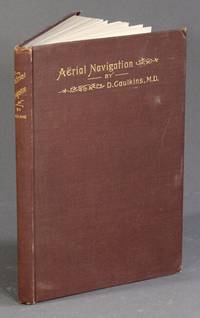 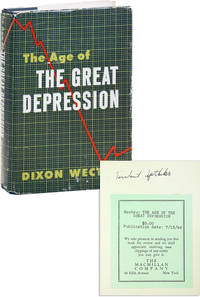 Signed First Edition
The Age of the Great Depression 1929-1941 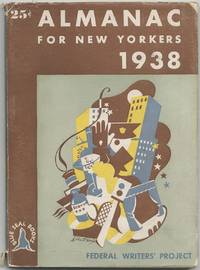 First Edition
Almanac for New Yorkers 1938: Accommodated to the Five Boroughs but May Without ...

by Writers of the Federal Writers' Project 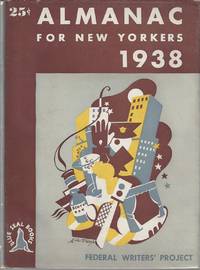 First Edition
Almanac for New Yorkers 1938. Accommodated to the Five Boroughs but May Without ...

When Doug Leen was a young park ranger working at Grand Teton National Park, he was cleaning up a barn when stumbled across a dusty old poster that caught his eye. It was a poster promoting the Park that—as he later learned—had been created in the 1930s as part of the Federal Art Project, a Works Progress Administration (WPA) program designed to provide work to artists in a time of economic hardship.  As Leen will explain in his online talk during the ABAA’s California Virtual Book Fair, that discovery launched him on a quest that continues today—to track down a copy of each of the fourteen National Park posters made during the thirties, and to create equally beautiful posters in the same style for the parks for which no poster was created in the WPA era.

Although artists employed by the Federal Art Project produced more than 35,000 unique designs for posters promoting everything from theatrical performances to health and safety programs to travel destinations, only about 50 to 100 copies of each of the 14 National Park Posters were actually printed. As a result, they are quite rare and valuable.

Leen discovered the Grand Teton poster in 1971. A 20-year effort led him to Harpers Ferry, West Virginia, where 13 black-and-white negatives survived in the file drawers of the National Park Service archives. These negatives and the single poster, then the only one known to survive, were the templates used for an initial effort to reconstruct the original set.

As republication progressed, however, originals slowly began to resurface. First, two Mount Rainier posters turned up in a garage near Seattle, rescued in a similar fashion from under a park log cabin years earlier. A year later, a third Rainier turned up in an original frame, and when taken apart to clean the glass it was discovered that three posters were "sandwiched" together—the center one in pristine condition. These original colors were used for a limited edition for Mount Rainier’s Centennial, celebrated in 1999, and the other two were donated back to the National Park Service.

It was then that National Parks started searching their archives for these posters, yielding finds for Grand Canyon and Petrified Forest. In 2003, researchers at Bandelier National Monument discovered 13 posters in a file drawer—some cut up and used as cardboard file dividers! In 2004, a Los Angeles art collector stumbled upon the largest single find: nine original park posters in a second-hand shop, which later sold at auction in New York —the first test of value in a free market. (The Grand Canyon poster brought $9,000). A third Grand Teton poster resurfaced as cardboard, cut to fit, in a plant press in White Sands, New Mexico. In 2012, a California attic yielded six more. Today, 41 originals have been found—with only one copy each for Yosemite, Yellowstone, and Petrified Forest.

Join Ranger Doug’s session on Thursday, March 4th at 6 pm EST (3pm (PST) to find out which two posters are still missing, and learn how dozens of new National Park posters have been commissioned and created in WPA style. Admission is free but advance registration is required...

Leare more about this and other public programs at the California Virtual Book Fair (March 406, 2021)...

Like many, we at the ABAA have spent the recent weeks watching, listening, reading, learning and reflecting on the prevalence of racism in our society. As we think about the events that have brought u... [more about Where We Stand]