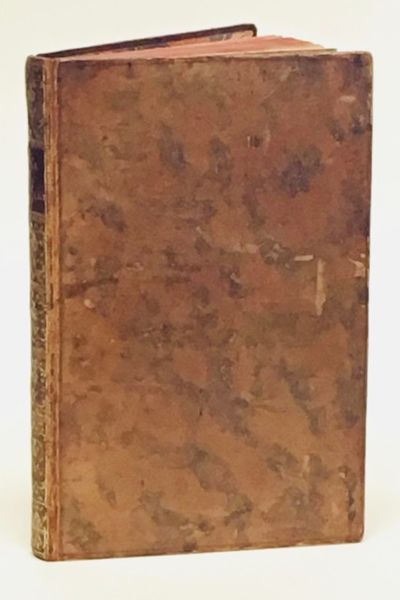 by Quillet, Claude
Amsterdam et Paris: chez Durand & Pissot, 1749. Octavo (16.5 x 10 cm.), [1] f., 203 pages. ~ FIRST EDITION IN FRENCH & FIRST BILINGUAL EDITION. The French prose translation printed in roman type on versos facing the Latin poem, in italic type, on rectos. Originally published in Leiden in 1655, the poem, on the "art of producing beautiful children," was the only published work of Quillet, an abbot and physician of free-thinking tendencies. The work was an unexpected and long-lived success, widely translated and frequently reprinted. Two further French translations were published before 1800. Quillet's poem, in four books, presents a "curious mixture of modern science and ancestral prejudices, Galenic medicine, already contested at this period, astrological convictions, and racism pure and simple. As the title states, it deals with producing beautiful children, in order to produce superior citizens for the state.... Quillet was a practitioner of the new, more empirical school of medicine" (Taussig). This is evident, for example, from his matter-of- fact description of the female reproductive organs in Book 2, a passage which however directly follows a discussion of favorable conditions for procreation. The all- important task of producing a male heir is the subject of several stanzas; advice includes restricting sexual relations to the morning hours, tying up the male partner's left testicle, and drinking plenty of wine. ~ Part 3 treats care during pregnancy and childbirth, and Book 4 childhood education. Quillet expresses enlightened views on the condition of women, deploring forced marriages (in Book 1), the lack of education of French women and prejudices against savantes or intellectual women (in Book 4). ~ Quillet himself was short, red-faced, and no beauty, and unsuccessful in repeated love interests. Having heard his explanation of the meaning of the title Callipaedia, the pretty young wife of a Tour magistrate is reputed to have remarked, "evidently, M. l'abbé, you did not learn this art from your father." ~ Contemporary French mottled calf, smooth spine gold-tooled with red morocco lable titled in gilt, edges red, marbled endpapers. 20th c. blindstamp of Dr. Jes A. Thelmier of Paris-Plaisance. [Brunet IV:1018; Gay-Lemonnyer I:454; Sylvie Taussig, "Avortement et Callipédie: l'embryon au XVIIe siècle," La Bioéthique, autumn 2010 issue (online)]. (Inventory #: 6478)
$350.00 add to cart or Buy Direct from
Rabelais: Thought for Food
Share this item

The Cook's Assistant. Tested Receipts of Many Good Housekeepers. Published for the benefit of..

Hartford, Conn : Press of Wiley, Waterman, & Eaton , 1887
(click for more details about The Cook's Assistant. Tested Receipts of Many Good Housekeepers. Published for the benefit of..)

New York : Charles Scribner's Sons , 1895
(click for more details about The Chafing-Dish Supper)
View all from this seller>