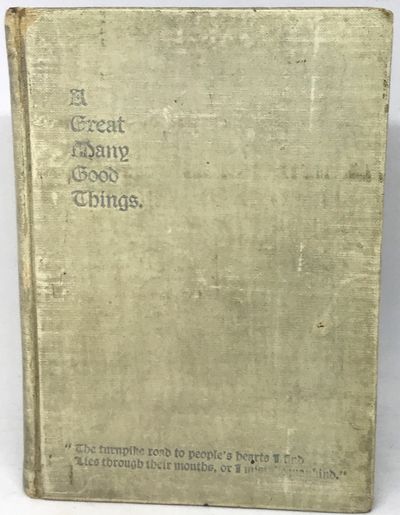 Helen Pelletreau was the third president of the Pennsylvania College For Women, and the first woman to hold the office. Pelletreau was chosen as Acting President after the prior person to hold the office resigned, and while trustees searched for a replacement. The committee, citing her exceptional business insight, then elected Miss Pelletreau as President, a title she kept for 14 years until her retirement in 1894. Pages lightly toned. (Inventory #: 1846)
$275.00 add to cart Available from
lizzyoung bookseller
Share this item

Napa Wine With notes and Introduction by Brian McGinty