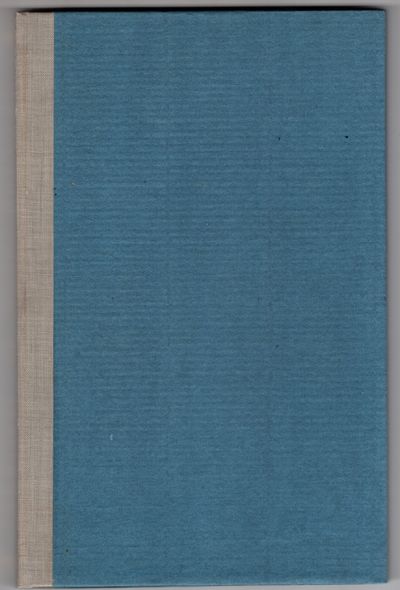 by Omar Khayyam; Edward Fitzgerald, translator.
Newark : Printed for the Carteret Book Club by the Carteret Press , 1915. First Edition. Boards. Very good. 8 + 26pp., 22cm (8-1/2 x 5-1/2)in blue paper boards, linen back with title in gilt, in a marbled paper slipcase. One of two hundred unnumbered copies, the first book printed by the Carteret Club of New Jersey, with the assistance of William A. Baker. A reprint of Fitzgerald's Fourth translation, decoration of the title page: an engraving on wood in two colors by Rudolf Ruzicka. Potter 275