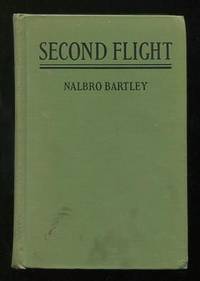 by Bartley, Nalbro
New York/Chicago: A.L. Burt Company. Good. (c.1932). Reprint. Hardcover. (no dust jacket) [decent enough reading copy, binding solid, some staining to covers, age-toning to edges of text block, bumping to several corners]. Novel about a woman who remarries following a Reno divorce, and moves with her new hubby to Hooperstown, Ohio. On the basis of her first spouse's having been a movie star, this book has gotten classified as a "Hollywood novel" and included in Anthony Slide's bibliography of the genre -- even though her second marriage has already taken place on the first page of the story, and overall the book's "Hollywood" content, as such, is nil. Essentially everything we learn about the first marriage is told through the woman's reminiscences, scattered throughout the narrative -- which, in fact, seems to be largely concerned with her struggles (if that's the word) to leave that marriage behind, psychologically and emotionally, while simultaneously adjusting to her new life in small-town Ohio (which isn't helped by the fact that she finds it "a place of fearsome and uninteresting recreations"). There's a little narrative jolt (spoiler alert!) about halfway through the book when her movie-star ex is killed in a plane crash, but since the memory of the marriage has already been sort of haunting her, you might say, it doesn't seem to have much effect on the character of her reminiscences. Ms. Bartley was prolific enough to rate an entry (albeit a brief one) in Grant Overton's 1928 book "The Women Who Make Our Novels" (she had already written more than a dozen at that time), which gives the information that she'd become a newspaper reporter at the age of nineteen, and then "served a pretty arduous apprenticeship in the more cheaply priced fiction magazines." She continued to crank out a book or two a year until about 1934, at which point her career (at least as a novelist) seems to have come to an end, although she lived on until 1952. . (Inventory #: 25448)
$25.00 add to cart Available from ReadInk
Share this item
ReadInk
Offered by