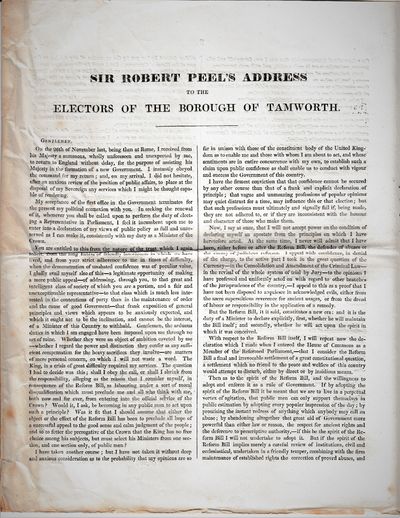 The original electioneering pamphlet articulating Peel's political philosophy, now known as the "Tamworth Manifesto", issued prior to the election that immediately followed his initial appointment as Prime Minister. It is regarded as the founding document of British conservatism in the modern era. Unlocated. See the Gash biography of Peel. (Inventory #: 20048)
$4,000.00 add to cart Available from
Palinurus Antiquarian Books
Share this item