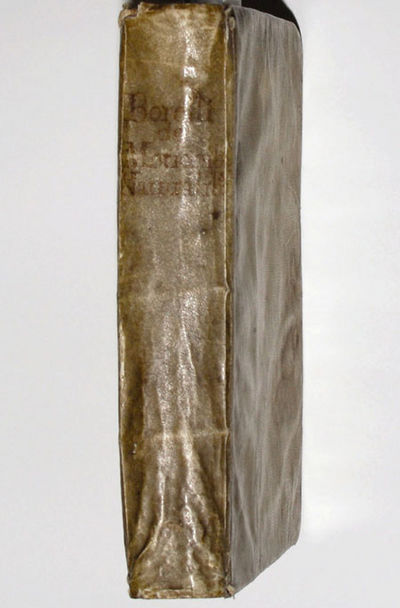 by BORELLI, Giovanni Alfonso
(4) ff., 566 pp., (3) ff. Bound in contemporary vellum. Excellent. Very rare first edition of this important work on mechanics by Borelli and the first treatise on capillarity. It contains the important investigations from which the author formulated the law that the height of the ascent of liquids in capillary tubes is inversely proportional to their diameters. His investigations also led him to the conclusion that the phenomenon of capillarity is independent of the pressure of air. The work is said to have caused the quarrel between the author and Prince Leopold of Tuscany, who wished to incorporate it in the Saggi of the Accademia del Cimento, while Borelli wanted to publish it in his own name. Borelli was the central figure in that organization; and soon after his departure in 1667, it ceased to function. De Motionibus was well known among Borelli's contemporaries and appeared in three subsequent editions, testifying to its influence. Encompassing many of the experimental bases which ten years later would underlie his De Motu Animalium of 1680-81, Borelli himself had considered it preparatory to that later work. This particular copy has the distinguished provenance of the mathematician Michel Chasles (about whom see the biography in DSB III.212-15.) * DSB II.306-14; Riccardi I.159-60. (Inventory #: 77)
$8,850.00 add to cart Available from Martayan Lan
Share this item
Martayan Lan, Inc.
Offered by