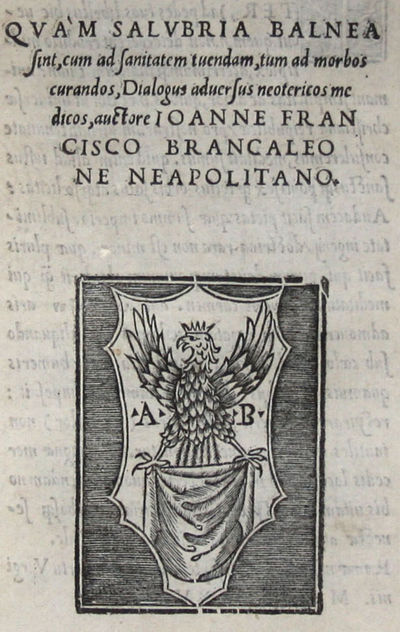 Rare first edition of this influential balneological treatise by one of the founding fathers of hydrotherapy. A modern interpretation of Galen, Avicenna and Hippocrates, Brancaleoni's work promoted the healthful and hygienic effects of bathing a generation earlier than Falloppio, and well in advance of the 19th-century pan-European trend for spa cures associated with Vincenz Priessnitz (1799-1851) and Father Sebastian Kneipp.


While the identity of the early annotator of this copy has not been confirmed, the primary hand appears identical to the notes appearing in another medical text handled by our firm: Ferdinando Balami's translation of Galen's De ossibus, also published in Rome by Blado in 1535, and bound in an analogous green vellum binding, which bears the ownership inscription of the physician Ottaviano Caligari.