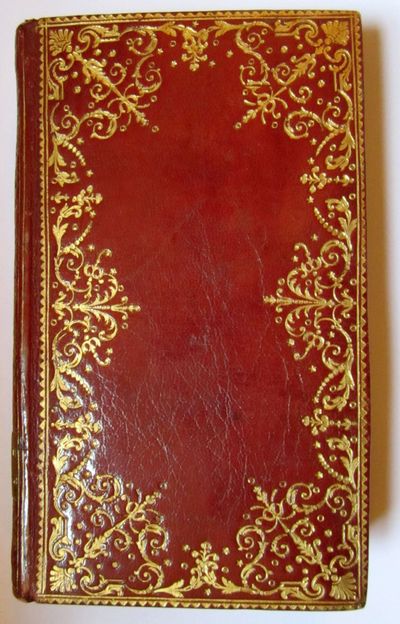 A beautifully bound, bibliophiles' copy of an erudite edition of Rapin's neo-Latin didactic poem on gardens, first published in 1665, translated into English by John Evelyn in 1672-73, and celebrated for its early descriptions of the classical French garden. Written to "complete" Virgil's Georgics, Rapin ("the father of Jesuit Georgic poetry" - Haskell) treats in turn the flower garden (Flores), park (Nemus), water (Aquae), and the fruit garden (Pomarium). While his aim was literary rather than practical, Rapin's descriptions, especially of the park and waterworks as means of imposing order on nature, accurately portrayed the symmetrical, stylized French garden perfected during the reign of Louis XIV. This edition includes Rapin's later prose essay on classical and modern horticulture. The editor Brotier added a biographical introduction, exhaustive notes, his own essay on gardens, and an index of plant names in Latin and French. Rapin, whose poem is packed with classical allusions, was one of a handful of modern writers to be included in Joseph-Gérard Barbou's Collection d'Auteurs Latins, all 68 volumes of which could be purchased (bound in calf) for 395 livres, as advertised on the last page.